Judith Lopez is the grieving mother of deceased Anthony Ureña. Her 23-year-old son –who went missing on November 14th –has been found dead in the Hudson River, reports say.

According to cops, Judith Lopezs’ son was intoxicated when he was last seen, leaving the Cliff Lounge on W. 202nd St. near Tenth Ave., at about 5 a.m. on Nov. 14.

His body was recovered on Christmas day. The exact cause of death is yet to be determined, the Daily News reports.

Judith Lopez told reporters following the discovery of his son’s body: “I guess it gives us the peace of mind, knowing that he was found, but I didn’t want it to be this way.”

Judith Lopez created a Go Fund Me page in order to hire a Private Investigator. Judith also reveals a police report was created on 11/17/2015, three days after her son’s disappearance because the police department refused to create it in the first 48 hours claiming that Anthony “is healthy and he just wanted to be left alone.”

Judith Lopez assured Anthony –who was a full time student at Lehman College aiming to become a CPA –never left the house before. Leaving all of his personal belongings behind, including his dog, Sampson. 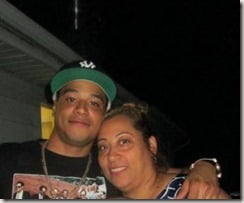 According to her Facebook profile, Judith Lopez is a former Office Manager at Sherman Photo Studio. She attended Mother Cabrini High School in NY, and belong to the Class of 1987. She also attended Interboro Institute from Mar 2004 to Jun 2006. 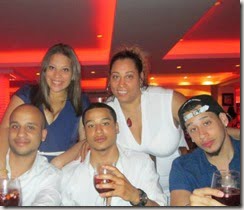 Judith Lopez had four children including Anthony. She is also the mother of daughter, Ashley Elizabeth Lopez and two other sons, one of them, Miguel Urena. (All of them pictured above).

Police believes Anthony’s death was accidental. “They think he fell into the water. Like around 203rd and Ninth Ave” Judith Lopez said.

While his sister, 19-year-old Ashley said: “I’m glad that at least he’s found, that the whole mystery of ‘Where is he?’ can be put to rest.”

We send our condolences to Judith Lopez and the rest of Anthony Urena’s family and friends.