Sources close to the Sherlock Holmes actor said things are getting serious between then, he is smitten with his new girlfriend Phillipa Coan not just because she is incredibly beautiful but also by how intelligent and independent she is.

‘Even though it’s early days, Jude has already introduced Phillipa to the family, and even Sadie,’ says a source. ‘He’s serious about her. He loves how intelligent Pippa is and finds it refreshing to date a girl who is not from his showbiz world.

‘He’s pretty smitten and doesn’t want to mess it up.’ 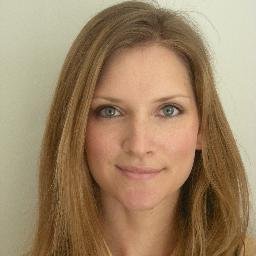 29-year-old Phillipa Coan  is a Business Psychologist and environmental behaviour  change consultant. She graduated 1st class with honours from the University of Birmingham  in 2007, graduated from City University London in 2008; in 2014 she got he  PhD, Organizational Psychology and Behaviour Change from the university of Leeds.

Dr. Coan was named the Postgraduate Researcher of the Year in 2012 and 2014, awarded with the Outstanding Academic Performance Prize in July by Leeds University  Business school, she was in the Roll of Honour List of Women of Achievement, in November, 2014 she received the Student Prize for Excellence.

She was the co-author of two publications at the Oxford University Press (The Psychology of Green Organizations) and The international Journal f Human Resource Management (HRM Practices used to promote-environmental behaviour).

Phillipa Coan was the visiting lecturer at the University of Birmingham from 2009 to 2010, around that time she was also associate consultant psychology with Work Psychology Group Ltd.

In 2015 she founded STRIDE, her consultancy specializing in improving the environmental performance of organizations through employee behaviour change (industries have included manufacturing, oil and gas and engineering).