Josie who inherited her parent’s good looks, is a model signed with Next Models Los Angeles. The 18-year-old has been making her own Hollywood buzz doing her own thing while in the spotlight.

In recent Josie news, she hung out with Justin Bieber earlier this week, they were out in LA and rumors of a possible relationship quickly surfaced.

Only thing is, the leggy blonde has an equally hot boyfriend!

Here is what we know about Josie’s guy, Mike Stud.

His name is Michael Francis Seander Jr. and he isn’t exactly an unknown face. The 27-year-old who is best known for his stage name, Mike Stud, is both a baseball player and rapper! It seems Josie has the best of both worlds!

Mike Stud is a former standout pitcher at Duke and Georgetown. He broke into music after suffering a career-ending injury and has released music videos and mixtapes over the last few years.

Mike Studd, who was born October 30, 1988, grew up  in Providence, R.I. During his freshman year pitching at Duke University in 2007, Stud saved nine games in 28 appearances and notched a 1.61 ERA for the Blue Devils, a performance that earned him a spot on the Louisville Slugger Freshman All-American Team. He tore a ligament in his arm during his sophomore season and couldn’t continue playing.

Stud began tinkering with GarageBand between classes in his dorm room and recorded his first track, “College Humor,” as a joke. The music video was released in 2010. 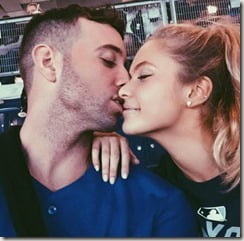 2014 was a good year for Mike. The college baseball pitcher-turned-rapper surprised chart-watchers when he topped Billboard’s Rap Albums tally in the issue dated July 26 with 15,000 in first-week sales, according to Nielsen SoundScan. 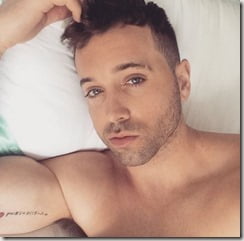 He is currently signed to Electric Feel Records, and 300, a production company, distributed his latest album “Closer.”

The lovebirds recently celebrated Mike’s 27th birthday. Josie posted a photo of the two of them and captioned the image

Little late on the post cause the last thing I wanna be on is my phone when I’m with this guy, but happy birthday to the most amazing man to walk into my life. Idk how I got so lucky to be loved by you but I wouldn’t trade it for the world. I love you, happy birthday Michael❤️

Think Mike Stud should be worried about his gal leaving a night club with Justin Bieber? Should we give Josie the benefit of the doubt? After all she was busted for DUI earlier this year and Justin might had politely offer for a ride.

Don’t miss him below!