Shannon Bonne is the artist wife of former pastor and book author, Joshua Harris -known for his book on traditional relationships.

Shannon’s husband who is the author of I Kissed Dating Goodbye -which sold over 1 million copies, has announced the end of the couple’s marriage and also recently said he is no longer a Christian.
In a social media post last week, Harris said he and his longtime wife are heading to divorce after realizing that “significant changes have taken place in both of us”

Shannon Bonne is a singer, songwriter and composer and a mother of three. She and Harris shared three children together, two daughters and a son. Her LinkedIn states she attended the University of New Hampshire from 1991 until 1995 -where she obtained a Bachelor’s Degree in Communications and Media Studies. She also describes herself as a ‘wannabe producer’
According to a profile, Shannon Bonne released her debut EP in 2018 -which is described as an eclectic mix of pop and 70’s infused soft rock. Bonne performs all vocals and piano on the six tracks. 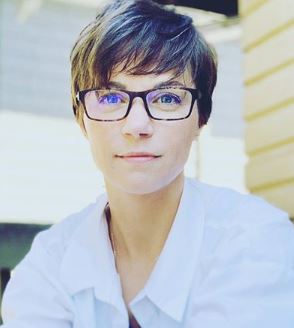 Shannon who also has a website, reveals she ‘began singing at the age of four after discovering the acoustics in the family garage’ She is a classically trained vocalist with extensive experience performing and recording. On her page, she also hits that she left her musical dreams in her adulthood presumably to raise a family.
The short ahired singer writes about her recent album’s release “Writing this album marks a moment of personal and creative liberation for me. My earlier days were filled with music and performing, yet as adulthood came I let my dreams go. But the desire to create never did. Bringing my dreams to life through this project has taught me something beautiful.”
On her website you can also find news and updates, a video of the song ‘Dont Forget Me’ and of course get her album as well as donwload her music.

Shannon who is a resident of Vancouver, British Columbia, Canada -can also be found on Spotify and has over 5k followers on Instagram.
The singer/songwriter and mother has not made any comments about her upcoming divorce.