Savannah Wix is the stunning girlfriend of Joseph Baena –best known as the son of Hollywood actor and politician Arnold Schwarzenegger and his former housekeeper.

Savannah’s beau was born to Mildred Patricia Baena and the action star, on October 2, 1997. At the time Arnold was already a married man to wife, Maria Shriver.

Mildred who was employed by the Schwarzenegger family for over 20 years –was also a married woman when she became pregnant with Joseph. Following the birth of her son she and her husband, Rogelio separated. Arnold and Maria also went their separate ways in 2011, the same year Joseph’s identity became public.

Though his identity was kept a secret from the actor for numerous years, Arnold has known how to make up for lost time showering Joseph with lavish gifts. For his 16th birthday, the Terminator star gave Joseph a Jeep Wrangler Rubicon.

Baena and his famous father have been spotted numerous times out on bicycles and the two seem to have bonded over physical training. Baena who is the spitting image of his father has been involved in some acting projects such as Aswang and Shake Rattle and Roll Fourteen: The Invasion.

But his interest also include business, that’s why he is a business major at Pepperdine University in Malibu. He previously graduated from Frontier High School in Bakersfield, with reportedly good marks. 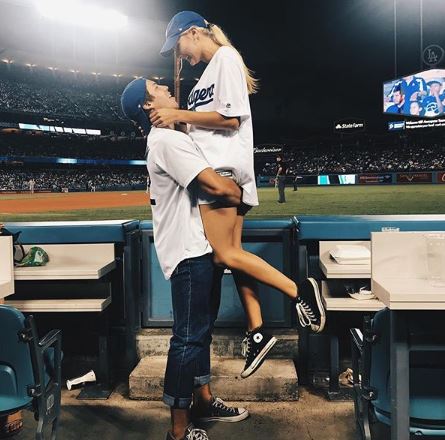 The two have been dating for about a year, Savannah like her boyfriend goes to Pepperdine where she majors in Integrated Marketing Communication. For her sophomore year in college she studied abroad in Florence, Italy. 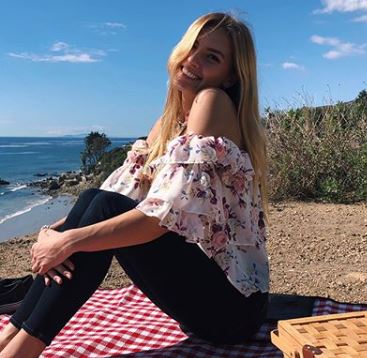 The blonde happens to be a beauty queen from Scottsdale, Arizona and was crowned Miss Arizona Teen USA in 2014. Savannah who keeps her own website, reveals she is passionate about music and dreams with working in the industry. She also enjoys taking photos and making videos and all things art related.

According to her LinkedIn, the blonde beauty who keeps a healthy lifestyle –is an Intern at Hitco Entertainment. She was previously a marketing intern at Warner Bros. Records.