Jenny Clegg  is the wife of late South African musician and anthropologist, Jonny Clegg. Her husband died on Tuesday at his family home in Johannesburg, South Africa. He was 66.

Jenny’s husband was diagnosed with pancreatic cancer in 2015, despite his diagnosed he continued to tour around the world. He was known for Zulu rhythms and sounds with Western styles.

Born Jonathan Clegg on June 7, 1953; he co-founded two interracial bands, including Juluka with Sipho Mchunu and Savuka with Dudu Zulu.

In addition to his music, he presented papers, such as “The Music of Zulu Immigrant Workers in Johannesburg” in 1981. He also received a number of Honorary doctorates from the Universities of the Witwatersrand, KwaZulu-Natal, Dartmouth College and the City University of New York.
Clegg’s work led him to earn several awards, including the Order of Ikhamanga from the South African government in 2012. Clegg also authored and published the book “UkuBuyisa Isidumbu”

Johnny is survived by his wife, Jenny Clegg and two adult children. 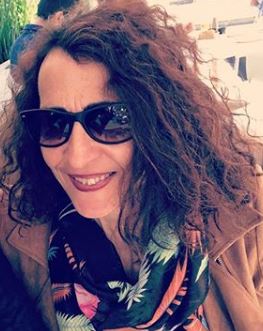 Jenny Clegg and her husband were married for decades, 31-years to be exact. She is the mother of the couple’s two sons, Jesse and Jordan.

Born Jennifer Bartlett, she and Johnny became husband and wife in a traditional Zulu wedding on March 26, 1989, in the Natal province in South Africa.
During an interview, Clegg revealed the couple had a rough period. During the 1990 nine-month world tour, Jenny said ‘this is not a life’. The couple then went through a rocky period but worked it out with Jenny giving up three months a year.

Despite being married to her iconic husband, Jenny Clegg has kept mostly to herself and dedicated to the care of her children.

Son Jesse Clegg followed into his father’s footsteps and is also a well accomplished rock musician. Jesse a singer-songwriter -has released at least three studio albums, When I Wake Up, his 2011 follow up Life on Mars, and his latest, Things Unseen -which have made Clegg a platinum-selling success in his home country.