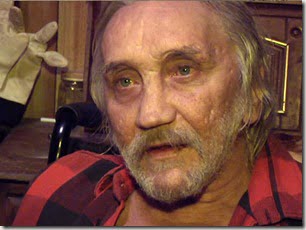 Amanda Berry escaped just six weeks ago from the Cleveland house of horrors where she was being held by Ariel Castro since 2003, along with other victims: Gina DeJesus, Michelle Knight and Amanda’s daughter who was born in captivity. Now, Amanda is rebuilding her life as a free individual. She visited her father Johnny Berry for 5 days in his home of Elizabethton, for the first time since her escape on Father’s Day weekend.

“When Amanda came through my front door, it was like a miracle,” Johnny tells The Enquirer. “She started crying and ran up to me and we hugged for the first time in 10 years. I had tears in my eyes the size of raindrops.”

Johnny Berry also got to meet his 6-year-old granddaughter, Jocelyn.

“I thought she would be a bit nervous but she just fit right in immediately,” Johnny says. “She gave me a hug, and I instantly knew deep in my heart that she’s a Berry. She has her mom’s beauty, strength and intelligence.” 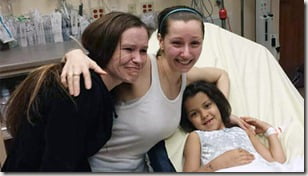 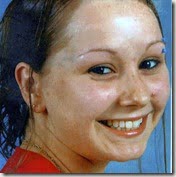 “She’s real strong,” Johnny says. “Her nickname as a kid was ‘Commando Amando.’ I brought my kids up tough, and Amanda is proof of that.”

The family had a tearful reunion at Johnny’s home and later they hosted a barbecue at a local campsite. Johnny says Amanda is building a new life by spending time with her family before other activities.

“She’s getting her and her daughter’s medical checkups completed and thinking about putting Jocelyn in school next year,” he reveals. “Amanda is going to finish up her high school education and wants to eventually go to junior college. She’s even painted her hair and dyed her nails blonde!”

52-year-old Johnny Berry lives in Tennessee. He suffers from a deadly pulmonary disease and also is recovering from back surgery. Johnny was married to Amanda’s mother is Louwana Miller who died in 2005.

He told The Enquirer that he longed to see his 27-year-old daughter, whom he last saw when she was a teenager. He was able to speak with her over the phone and described her voice as the most beautiful sound that he ever heard.