Angela Robinson-Witherspoon is the longtime wife of veteran actor and comedian, John Witherspoon -who according to reports has passed away. He was 77.

Angela’s husband passed away at his home in Sherman Oaks. John led a decades-long career and is perhaps best known for his role as Willie Jones in the Friday series.

Born on January 27, 1942; the Detroit, Michigan native made his first television appearance in the 1970s in the CBS series Barnaby Jones, where he played a camp counselor for drug-addicted youth. He went on to land highly-esteemed roles in cult classics like House Party and Meteor Man.
Witherspoon also starred in a number of hit films, including Hollywood Shuffle, Boomerang, and Vampire in Brooklyn. He also voiced Gramps on The Boondocks. Most recently on the small screen, Witherspoon played Lloyd in the series Black Jesus. 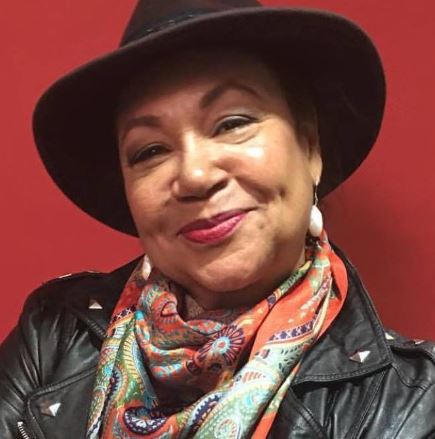 He is survived by his wife, Angela Robinson-Witherspoon, and their two children, Alexander and John David Witherspoon -who is a blogger, actor and comedian like his father. John David who goes by JD, is known for hosting the Facebook Watch Trivia Show, “Confetti”

Angela Robinson and John Witherspoon were married in 1988. She is also an actress, director and producer. According to her social media, Angela is enjoying a resurgence in acting now that her children have grown up.
Born on August 26, 1954; Agelan Robinson who goes by Angie got her big break in the industry in the film 48 Hours, opposite Eddie Murphy. She also appeared in the film Crossroads. On the small screen we’ve seen her on Criminal Minds, Ugly Betty and most recently, Crazy Ex-Girlfriend.
Other credits include feature films Robert Townsend’s Meteor Man, Terminator III, Sister Code and Hold On. She then forayed into theater, working at the Rainbow Theater Company.

Angela directed her first short film, Last Call. She went on to produce and direct a short documentary about artist Betye Saar. As a director she also worked with, writer and producer, Ronnie Grant, in his self-penned autobiographical piece, ‘Curtsy Mister’: The Story of a Young Boy Trapped in a Pair of Slingbacks.’