Sheila Ward is the mother of celebrated director, producer and screenwriter, John Singleton –who is currently on life support after suffering a stroke.

Sheila’s 51-year-old son is perhaps best known for directing Boyz n the Hood –which earned him a nomination for the Academy Award for Best Director in 1992. He became the first African American and youngest person to have ever been nominated for the award.

The LA native who attended USC School of Cinematic Arts, also directed, wrote and produced Poetic Justice (1993) and Shaft (2000). He went on to direct 2 Fast 2 Furious in 2003. 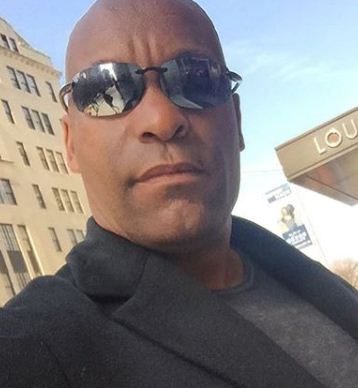 Singleton took his talents to shows such as Billions, The People v. O.J. Simpson: American Crime Story and Empire. Most recently, he co-created and executive produced the current FX hit drama series Snowfall, in which he engaged such writing talents as Walter Mosley.

Sheila Ward is described as her son’s manager. She and John’s father, Danny Singleton –a mortgage broker, never got married and raised their son in separate households.

Following John’s stroke and death claims, Sheila Ward reportedly filed a request to be named temporary conservator with claims that he is in a coma.

Her granddaughter and John’s daughter Cleopatra, has fired back and accused her of ‘abusing’ her position. According to Cleopatra her father is not in a coma and said Sheila Ward is “misrepresenting his condition”

Sheila Ward stated her son is “is currently hospitalized in a coma and is unable to provide for his personal needs,” according to court documents obtained by PEOPLE.

Sheila Ward alleged Singleton was involved in “several business projects and was prepared to sign a lucrative settlement agreement” at the end of the month, according to the documents.

The conservatorship would be established to prevent a “substantial financial loss.”

This is not the first time Singleton’s family has fought publicly — a couple of years ago, one of his sons wrote an open letter accusing Ward of being manipulative and controlling.

Sheila Ward-Johnson is a former pharmaceutical company sales executive. She is also the grandmother to John’s other children, Justice, Maasai, Hadar,  Selenesol, Isis, and Seven.