Maeve Kennedy Townsend McKean is a member of the American Kennedy family, as she is the grand-niece of John F. Kennedy.

As if being in the middle of a pandemic is not enough, Kennedy family members are desperately looking for Maeve Kennedy Townsend McKean and her young son, who disappeared following a boating trip. According to reports, mother and son are feared dead as the canoe they were using in the Chesapeake Bay did not return to shore.

Not that we belive in curses, but this is really a tragedy and the Kennedy last name has a history with tragedies as it appears the Kennedy family curse has stricken again. 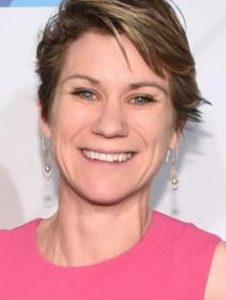 The dissapearance of Maeve and her eight-year-old boy Gideon Joseph Kennedy, reminds us the Kennedys have said goodbye to a number of loved ones throughout their famous history.

40-year-old Maeve McKean is the granddaughter of Robert F. Kennedy, the grandniece of former President John F. Kennedy. She was born November 1, 1979; one of four daughter to parents David Lee Townsend and Kathleen Kennedy Townsend. Her mother is Robert F. Kennedy’s eldest child who became an attorney and was a former Maryland lieutenant governor. Maeve has three siblings, Meaghan, Kat and Kerry.

Maeve Kennedy became Mrs. McKean in 2009 after she contracted matrimony with David McKean. In addition to Gideon, they are also the parents to two other children 7-year-old Gabrielle and 2-year-old Toby.
Maeve Kennedy Townsend McKean and her family are based in Washington D.C.