John & Condy Sue Salling are the devastated parents of late actor, Mark Salling –whom reports say took his own life ahead of child ****ography sentencing.

Salling, best known for playing Noah “Puck” Puckerman in the TV series Glee, was 35-years-old. According to reports, his lifeless body was found in a field close to his home in the early morning of January 30th.

According to the Daily Mail, he had already made a suicide attempt last August.

Mark is survived by both his parents and one brother. John & Condy Sue Salling welcomed Mark on August 17, 1982 in Dallas, Texas.

Condy Salling born Condy Sue Wherry is a former secretary, while her husband John Robert Salling is a retired accountant. 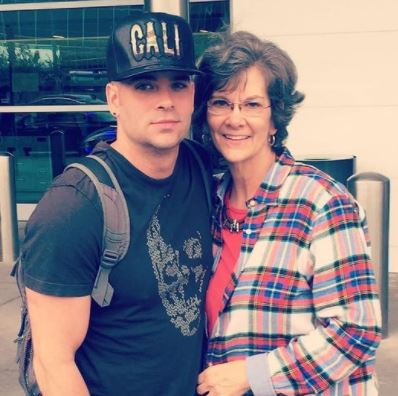 He was reportedly home-schooled in a ‘strict Christian home’. Following his graduation from Providence Christian School and Our Redeemer Lutheran elementary schools, he relocated to California to attend Los Angeles Music Academy College of Music in Pasadena.

He landed acting roles in in Children of the Corn IV: The Gathering and The Graveyard –but gained major notoriety in 2008 after landing the role of Noah Puckerman. He enjoyed the celebrity life during five seasons and was said to be in a relationship with co-stars Naya Rivera and Leah Michele.

The couple’s famous son was first accused of sexual battery back in 2013. He eventually would settle with ex-girlfriend, Roxanne Gorzela, outside of court. A few months later he was arrested and subsequently charged with receiving and possessing child ****ography. He is said to have downloaded more than 50,000 images and videos of child abuse to his computer and another 4,000 on his flash drive.

Salling pleaded guilty last October and was awaiting sentencing. As part of his plea he agreed to serve between four and seven years in prison. He would also have been required to register as a *** offender.

US Weekly, reports Salling’s mother was his biggest supporter. Sources close the situation say she didn’t want to believe he was guilty. John & Condy Sue Salling reportedly helped pay his bail. The report goes on to say the family didn’t turn his back on him. Mark was very close to his mother.