Gretchen’s husband previously left his post as a senior fellow at the rightwing American to join the White House in 2018. He was fired last September on a number of issues, including Taliban negotiations and China trade talks.

70-year-old Bolton has had a long, frequently controversial career in government. He held senior positions in the administrations of Ronald Reagan and the elder George Bush, where he led successful US opposition to joining the international criminal court and made a strident attempt to block the introduction of stronger global controls on biological weapons.
He came to prominence as a household name under George W Bush, who appointed him to be the US ambassador to the UN in 2005, when the Iraq war was still blazing. 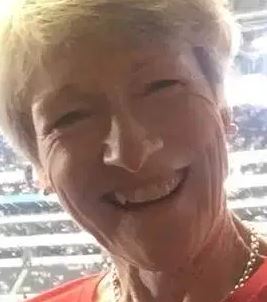 Bolton has been married to wife Gretchen Smith Bolton for decades. John was previously married to first wife Christine between 1972 and 1983. He and Gretchen were married in January 1986. For their honeymoon, the couple went to China, Nepal and Tibet -per the Baltimore Sun.

She is the mother of the couple’s adult daughter, Jennifer -who works as a senior manager with auto-manufacturer, Nissan, and is based in Nashville, Tennessee.

According to her social media, Gretchen Smith Bolton is a native of Kansas City, Missouri. From her LinkedIn, we can tell you that Gretchen is a financial adviser with over two decades of experience in the field. She is a registered broker who holds FINRA registrations. She currently works with AXA Advisors.
In 2007 she earned a certificate in retirement planning from The Wharton School at the University of Pennsylvania.
Gretchen has also studied at the American College, Wellesley College and gained a Master’s degree at New York University.