Ralph Lindsey is the late husband of best-selling romance novelist, Johanna Lindsey who is said to have died aged 67.

Ralph’s wife was hailed as one of the most popular authors of romantic fiction, with more than sixty million copies of her novels sold. According to reports she was being treated for stage 4 lung cancer. She passed away on Oct. 27 in Nashua, NH.

Johanna was world renowned for her novels of “first-rate romance” -which spoke about unbridled passion, revenge, submission and abductions among aristocrats, debutantes, pirates and fearless heroines.
She launched her publishing career with Captive Bride.
Lindsey is the author of nearly fifty previous national bestselling novels, including her popular Malory novels, many of which reached the #1 spot on the New York Times bestseller list. She even branched into science-fiction romance with novels set on the fictional planet of Kystran. She was writing two books a year. In 2001, after writing 37 books with Avon, Lindsey moved to Simon & Schuster. 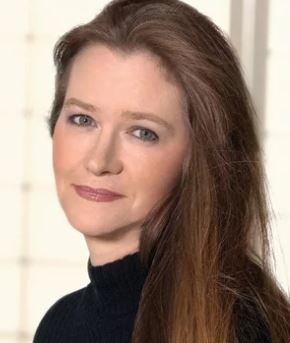 Model Fabio -was often featured on numerous Lindsey covers through the 1980s and ’90s, most notably on Gentle Rogue.
Born in Germany as Johanna Helen Howard on March 10, 1952; she was raised parents Wanda and Edwin in Hawaii. Her father was in the military. Before penning some of the most popular romantic novels, Lindsey worked in data processing.
Johanna is described by her publishing company as a shy and private individual who toured infrequently.

Johanna who never remarried, had been a widow since the passing of her husband, Ralph Bruce Lindsey in 1994. She is survived by the couple’s three sons and four grandchildren.
She and Ralph Lindsey became husband and wife while still in school in 1970. During their marriage they welcomed three children Alfred, Joseph and Garret. After her husband’s death, Lindsey moved to New England.
Her final novel, Temptation’s Darling, hit shelves in July.