Tara Terpening Diffie is the wife of country star, Joe Diffie -who is said to have died from complications of coronavirus also known as Covid19.

Theresas husband came public his coronavirus diagnose on Firday, becoming the first country star to announce he had contracted the disease. He died on Sunday, two days after disclosing he was Covid19 positive. He was 61.

Born December 28, 1958; the Tulsa native had a string of hits in the 1990s with chart-topping ballads and honky-tonk singles like Home and Pickup Man.

He was a member of the Grand Ole Opry for more than 25 years. Other hits included Honky Tonk Attitude, Prop Me Up Beside the Jukebox (If I Die), Bigger Than the Beatles and If the Devil Danced (In Empty Pockets).
His mid-90s albums Honky Tonk Attitude and Third Rock From the Sun went platinum. Eighteen of Diffie’s singles landed in the top 10 on the country charts, with five going No. 1.
His last solo album was 2010’s The Bluegrass Album: Homecoming. 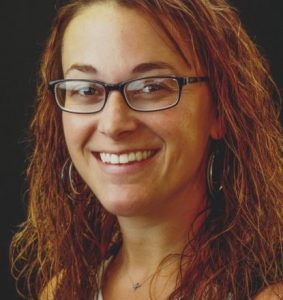 Diffie is survived by fourth wife, Tara Terpening Diffie, as well as several children from previous marriages.
He was first married to Janise Parker, his college sweetheart; they divorced in 1986. They had two children, Parker and Kara.
Diffie later married Debbie Jones, a nurse technician, two years after divorcing Parker. They welcomed two sons Drew and Tyler, before their split in 1996 after a bitter divorce. At the time Jones accused Diffie of having an affair with Liz Allison -the widow of NASCAR legend Davey Allison.
He made police officer Theresa Crump, his third wife, however they also ended in divorce in 2015. The couple had a daughter, Kylie Tarissa.

Tara Terpening Diffie who is a lot younger than Joe was, is the mother of the couple’s only daughter, whom they named -Reaux -born in 2010. It is not clear when or how the couple exactly came to be. However judging by the birth of their daughter, they had known each other way before than their nuptials in May of 2018.
Tara Terpening was born April 3, 1982; the daughter of Julie Brouillette Parlier, Lee Terpening. Tara grew up along with brothers, Brock and Ty.
According to her social media, Tara Terpening Diffie is originally from East Peoria, Illinois. She is a licensed Insurance Sales Agent at Brack Gregory- State Farm Insurance.