Jill Biden is the longtime wife of president-elect Joseph Robinette Biden Jr.; who became the 46th president of the United States.

Jill’s husband is a long-life politician, former senator and former Vice-President, during the Obama administrations. This also means Jill’s chance to go from Second Lady to First.
Biden announced his 2020 presidential campaign with an online video back in early 2019.
The couple married in 1977, after meeting on a blind date. She is his second and current wife.
Let’s get to know the current United States First Lady, Jill Biden, her marriage to Joe Biden and the couple’s life together.

Is widely known that Biden began his career in politics decades ago, becoming one of the youngest senators back in 70’s. The then young lawyer who defeated the then Republican incumbent to become the junior U.S. senator from Delaware and whose future looked nothing but bright, suddenly lost his wife of six years and baby daughter. Biden was then left alone to raise two young sons: Joseph R. III born in 1969 and R. Hunter born in 1970.

Biden though about leaving his bright career as one of the youngest U.S. senators when in 1972 –weeks after the election, Joe Biden wife, Neilia and their one-year-old daughter, Naomi, were killed in a car accident.
He was encouraged not to do so and this is how he was sworn in on January 5, 1973, at the Delaware Division of the Wilmington Medical Center; where one of his son’s, Beau, was still in recovery from the car accident that killed his mother and young sister. 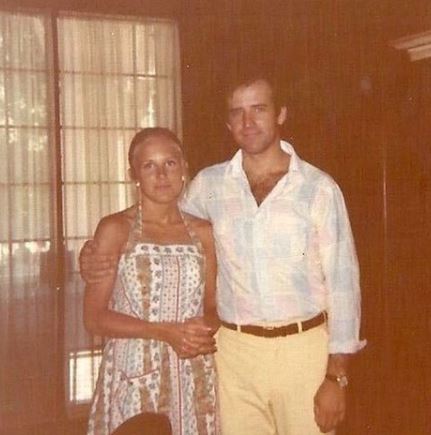 Five years later he met and eventually married, Jill Tracy Jacobs. The couple married in 1977 and after meeting on a blind date. Jill Biden has been credited for renewing his interest in politics and in life.

How old is Jill Biden?

Jill Tracy Jacobs was born June 3, 1951; the blonde is a New Jersey native and the oldest of five sisters, she grew up in the Philadelphia suburb of Willow Grove.

That means, she will turn 70-years-old this year.

What is Jill Biden’s profession?

Joe Biden wife, Jill Biden has been credited for renewing his interest in politics and in life. She gave birth to their only daughter Ashley, in 1981. Joe Biden wife also served as stepmother to Biden’s sons from first marriage to Neilia Hunter; Beau and Hunter. 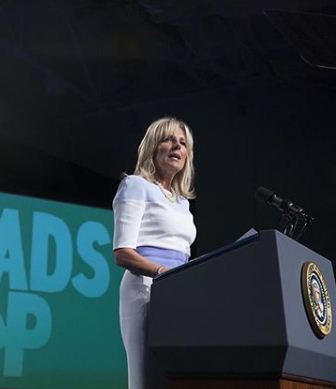 Jill Biden, earned her Doctorate in Education from the University of Delaware in January of 2007. She also has two Master’s Degrees.

As Second Lady, Dr. Biden worked to bring attention to the sacrifices made by military families. She also made efforts to raise awareness around areas of particular importance to women, including breast cancer prevention.

In addition, Joe Biden wife, is the proud mother of the couple’s only child together, daughter Ashley. Jill Biden gave birth to their only daughter, Ashley in 1981. 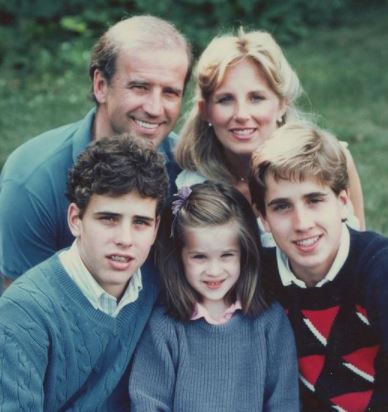 Ashley Blazer Biden attended Tulane University and received a Master’s of Social Work from the University of Pennsylvania. She is a social worker and career development and education liaison in the education office for the Delaware Department of Services for Children, Youth and Their Families; where she develops programs for children in the juvenile-justice, foster-care and mental-health systems.

In 2012 she married Pennsylvania plastic surgeon Howard Krein, who is 15-years her senior. The couple were introduced by Ashley’s brother, Beau in 2010.

Who is Jill Biden’s ex-husband?

Just like Biden, Jill was also in a previous marriage before theirs.
Jill was married to Bill Stevenson from 1970 until their divorce five years later in 1975.

In February 1970, Jill married Bill Stevenson, and the two decided to enroll in the University of Delaware together. The couple drifted apart throughout college, and soon decided to divorce. They did not have children together.

Bill Stevenson is a former college football player turned businessman and author. He is the founder of the Stone Balloon -a famous college bar in Delaware.
Stevenson became somewhat of a local celebrity because he was able to bring national talent to Newark. He got to book Blood, Sweat & Tears on a stage that also welcomed Bruce Springsteen and Metallica.
The Stone Balloon, opened in 1972, making Bill Stevenson both successful and famous.

It is said that Jill helped her then husband to open the bar, however during their divorce she did not get half-share.
According to Delawaretoday, Bill is happily married to wife Linda. He is behind an innovative plant support system called the Superstake.

Joseph Robinette Biden, Jr., represented Delaware for 36 years in the U.S. Senate before becoming the 47th Vice President. Biden, the first of four siblings – moved from Pennsylvania to Claymont, Delaware –where he graduated from the University of Delaware and Syracuse Law School and served on the New Castle County Council.

According to online sources Joe Biden’s net worth is $9 million. He once called himself as ‘the poorest man in Congress.’ 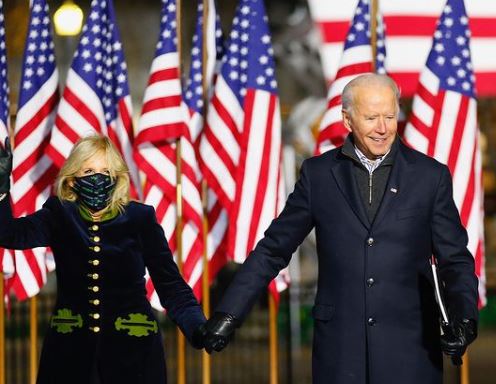 Along with his wife, Jill, their wealth includes two Delaware homes, cash, investments and a federal pension worth over $1 million. Although he has made a steady income as a politician over the years, the bulk of his wealth comes from book deals and speaking fees.
As vice president, his salary was $230,700; he’ll be earning $400,000 as president.

Joe Biden was born November 20, 1942. At 78, he became the oldest president of the most powerful country in the world.

Since Jimmy Carter’s inauguration in 1977 through Trump, the median age of the commander in chief was 54, with Democrats skewing younger than their Republican counterparts, making Biden 40 years older than America’s median age.

Now that Joe Biden has replaced Trump as President of the US.; another transition taking place is the control over the @POTUS Twitter account.

While Trump’s personal account was suspended earlier this month, the ban does not apply to the official @POTUS account.

Joe Biden was elected president of the US, winning the battleground state of Pennsylvania to reach the 270 votes needed to secure a majority in the electoral college. Donald Trump rejected the outcome, saying his opponent was “rushing to falsely pose as the winner”.

Biden also won Nevada, Wisconsin, Michigan and Arizona, according to race calls by the Associated Press.

Biden has taken into the new top role, following Donald Trump’s hesitant departure. And to say the least, the transfer of presidential power has been a trending topic with lots of drama.

Trump left the White House as president of the US, for the last time, capping 1462 of the most tumultuous and some may add, worst, days in presidential history.
After four years as president, Trump has been dubbed by many as the worst president ever. It was four years of incendiary, divisive and dishonest rhetoric.

Just a few weeks ago on January 6, he incited violence and a white supremacist mob entered the capitol, where two people died. They descended on Washington to protest the certification of Joseph R. Biden’s victory in November over President Trump.
The mob’s march on the Capitol came just after Trump encouraged supporters to do so during a 70-minute address rehashing his false claims that Democrats stole the election.
Those who rampaged the halls of Congress included infamous white supremacists and conspiracy theorists.

Trump supporters converged on the grounds of the U.S. Capitol, where hundreds of rioters crashed through barricades, climbed through windows and walked through doors, wandering around the hallways.
For the capitol breach, Trump will have to face a second impeachment trial.

Now that Joe Biden has assumed the presidency, the next big question is, who will be in his cabinet.
The longtime politician has certainly chosen a diverse group for his cabinet secretaries, top security positions and other important roles. U.S. Senate hearings to confirm Biden’s choices have already begun.

Hunter Biden the only living son of President Joe Biden and late wife, Neilia Hunter. Their elder son, Beau Biden died after a battle with brain cancer, aged 46, in 2015. He is survived by wife, Hallie Biden and their two children: Natalie and Robert. 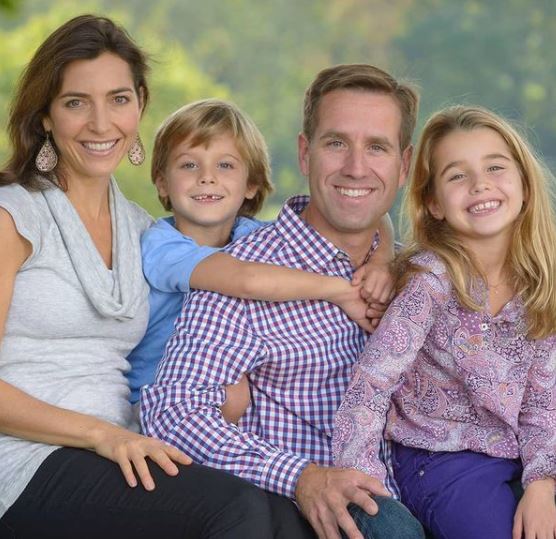 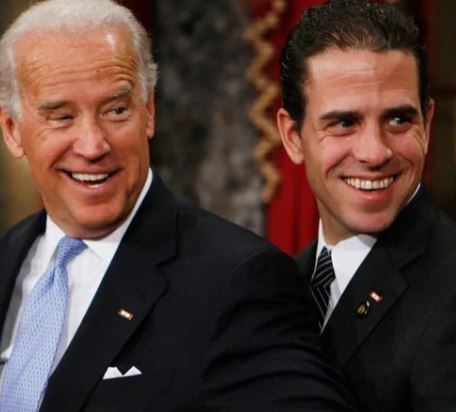 Biden’s youngest son, Hunter on the other side, has been a bit more controversial. In 2014, Hunter Biden wаѕ discharged frоm thе Navy Reserve аftеr testing positive fоr cocaine.
Hunter Biden, who is a lawyer and investment advisor has also been on the tabloids due to his romantic life.
He left his first wife, Kathleen -the mother of his three children Naomi, Finnegan, and Maisy; to date the widow of his brother Beau, Hallie Biden.

He later fathered a child with a woman named Lunden Alexis Roberts, their kid was born in 2018.
He is currently married to South African model, Melissa Cohen -with whom he shares a son, born in 2020.