Joann Jimenez is the wife of the Sacramento pastor who is causing major controversy after praising the Orlando killings! In the wake of the tragic mass shooting in which 49 people were killed and over 50 injured by Omar Mateen at Pulse nightclub during gay pride, Roger Jimenez has told his followers Orlando is safer after the killings!

The preacher has been called ‘heartless’ and a ‘horrible human being’ following a his sermon regarding the shooting. In the footage posted to YouTube Roger can be heard advising his followers not to mourn the victims. In the heated sermon, he goes on to say

‘What if you asked me, “Hey, are you sad that 50 pedophiles were killed today?” Um, no, I think that’s great,’ ‘I think that helps society. I think Orlando, Florida, is a little safer tonight. The tragedy is that more of them didn’t die. I’m kind of upset that he didn’t finish the job.’

Joann’s husband then crosses the line by suggesting that, killing them (LGBT) is what God would want to do. His comments have been condemned by Sacramento’s mayor and others.

According to the church’s website, Roger Jimenez comes from a religious family, he was led to the Lord by his father when he was 4 years old.

He moved to the United States at a young age and his believes were influenced by American missionaries. 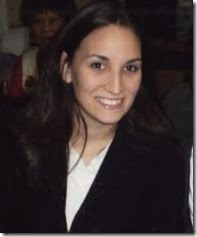 As for his wife, Joann Jimenez is a Northern California native. At the age of 17 she was working full time and attending a local community college near Sacramento.

Her early belief about church was not existent. In fact, she was labeled an atheist during her teens despite growing up in a catholic family.

She and her husband met while working together. It was precisely Roger Jimenez who turned her around from atheism to accept the Lord Jesus Christ as her personal saviour. Joann and Roger would have conversations and would debate about religion until one night she decided to reject atheism. 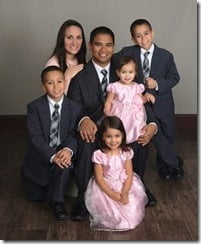 Roger and Joann Jimenez have been happily married since June of 2004 according to the church’s page. Together they are the parents of two small girls and two young boys.

The mom of four, who is in her early 30’s, also has an important role inside their church. Joann Jimenez teaches parishioner-parents how to home school under their church’s eye. Joann who resides with her hubby and children in Sacramento, has also lived in Fairfield, CA; Citrus Heights, CA and Vacaville, CA.