Reports say former President of the United States, 90-year-old Jimmy Carter announced on Wednesday he will receive treatment for cancer that was discovered recently while having liver surgery.

The politician, author, and member of the Democratic Party, said on a statement: “Recent liver surgery revealed that I have cancer that now is in other parts of my body. I will be rearranging my schedule as necessary so I can undergo treatment by physicians at Emory Healthcare. A more complete public statement will be made when facts are known, possibly next week.” 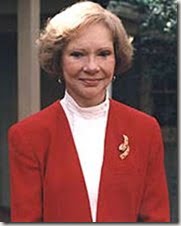 Rosalynn Smith served as the as the First Lady of the United States from 1977 to 1981. She wedded Carter following hi graduation in 1946 from the Naval Academy in Annapolis, Maryland.

She was born Eleanor Rosalynn Smith on August 18, 1927 in Plains, Georgia. Rosalynn is the daughter of Wilburn Edgar Smith and Frances Allethea Murray. She was raised in Methodist faith but became a Baptist, the same as her husband.

Rosalynn and Jimmy had actually reconnected, they had known each other since childhood according to several biographies. She was 18 when they married and had met through her friend, his sister, Ruth Carter; Rosalynn Smith is said to have refused Carter’s initial marriage proposal of December 1945, considering it too soon in their dating, but accepted his second proposal two months later.

She went to high school in Plains, Georgia, she was class valedictorian; and attended Georgia Southwestern College and Americus, Georgia from 1944-1946.

It’s been documented, after the 1953 death of her father-in-law, the Carters returned to Plains, Georgia to assume management of the family’s peanut farming business. Rosalynn successfully assumed the financial management of the agribusiness without drawing a salary. She also subsequently helped Jimmy Carter campaign for his unsuccessful runs for state senator in 1962 and governor in 1966, and his successful run for the latter position in 1970.

According to The Carter Center, the former First Lady has worked for more than four decades to improve the quality of life for people around the world.

She has maintained a life long dedication to issues affecting women and children. In later years she’s been known as a leading advocate for mental health, caregiving, early childhood immunization, human rights, and conflict resolution through her work at The Carter Center in Atlanta, Georgia. The Center is a private, nonprofit institution founded by former President and Mrs. Jimmy Carter in 1982.

Rosalynn who’s also written five books and served in a number of organizations including the Rosalynn Carter Institute for Caregiving, has 12 grandchildren and 10 great-grandchildren.

Jack served during the Vietnam War but received a “less than honorable” general discharge in late 1970 after he and other classmates were caught smoking ********* at the Navy Nuclear Power School in Idaho Falls, Idaho. Following hi return to Georgia he earned a degree in nuclear physics. Following graduation, he immediately entered law school at the University of Georgia, receiving his Juris Doctor(J.D.) in 1975.

Jack has been married twice, first to Juliet Langford from 1971–1992; with whom he fathered a son Jason, and a daughter Sarah. His second and current wife is Elizabeth Brasfield Carter, whom he married in 1992. 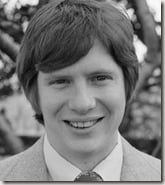 James Earl “Chip” III was born in 1950, he is better known as the city councilman in Plains, Georgia.

He was educated in public schools before going to work in his family’s peanut business and has participated in a variety of business ventures. Active in politics, Chip served as a member of the Plains City Council and participated on the Democratic National Committee. He also served as president of an international exchange program, Friendship Force, which was cofounded in 1977 by his parents.

James married Caron Griffin Carter with whom he fathered James Carter IV –who is a political researcher and policy analyst. He divorced Caron in 1980.

His second marriage, to Ginger Hodges of Americus, produced one child, Margaret Alicia, born in 1987. Today he lives in Decatur with his third wife, Becky Payne.

Donnel Jeffrey Carter, known as Jeff, was born in New London, Connecticut, in 1952.  According to the Georgia encyclopedia, he graduated with honors from George Washington University, in Washington, D.C., where he completed a degree in geography, and he is the cofounder of Computer Mapping Consultants, based in Kingwood, West Virginia.

Amy Lynn Carter, born in Plains in 1967. She received much press attention growing up in the White House as a young girl.

After attending Brown University in Providence, Rhode Island, she received her master’s degree in art history at Tulane University in New Orleans, Louisiana. In 1995 she collaborated with her father on a children’s book,The Little Baby Snoogle-Fleejer, and she later illustrated his memoir,Christmas in Plains (2001) .

Amy married James Gregory Wentzel in 1996, and they became the parents of Hugo James in 1999. The family resides in Atlanta.

Jimmy Carter has kept active despite his age, working with groups such as Habitat for Humanity, winning the Nobel Peace Prize in 2002 and founding the Georgia based nonprofit Carter Center. We join in wishing the former president a speedy and full recovery.