Jim Schwartz is the proud husband of Trisha Meili –best known to the world as the Central Park Jogger who was brutally raped nearly 30 years ago.

Back in 1989, a then 28-year-old Trisha Meili, an investment banker –went for a run in New York’s Central Park shortly after 9 p.m. Hours later, two men wandering the park found her near death from a brutal beating and rape.

When she was found, more than 75 percent of her blood had drained from her body and her skull had been smashed in. Meili was in a coma for 12 days and suffered permanent brain damage. Her story made headlines around the world.

Trisha Meili, still remembers nothing of the attack after she was bound, gagged, raped and beaten nearly to death. In 1990 five men were wrongly jailed for the crime, they were eventually released in 2002 after serial rapist, Matias Reyes confessed saying he acted alone.

New photos of the infamous attack have been released as part of the settlement lawyers of the five men try to find out why their clients were wrongly convicted. 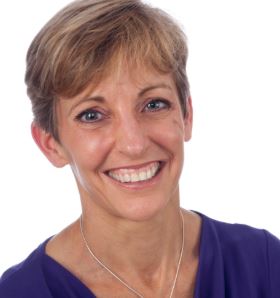 Noawadays, 29-years after the attack, Meili offers lessons on how to manage through unpredictable change, whether personal, professional, economic or spiritual. She also wrote about her amazing story of survival and recovery 14 years later in her best-selling memoir I AM THE CENTRAL PARK JOGGER: A Story of Hope and Possibility. She also has a website with the same name.

Prior to the attack, Trisha worked as an associate at the Wall Street Investment Bank Salomon. She was an economics major at Wellesley College and a double graduate degree recipient (M.B.A. and M.A.) at Yale University.

James Schwartz is a retired sales consultant. He ran his own business doing management consulting for years. The couple reside in Connecticut.