33-year-old Jillian Johnson has been identified as one of the victims in the Lafayette, Louisiana movie theater shooting.  Johnson and another woman were shot and killed by John Russell Houser while watching the movie Trainwreck at the Grand 16 theater last night.

Born March 4, 1982, Jillian died later at the hospital. According to her LinkedIn page Johnson was the co-owner of Red Arrow Workshop, a gift boutique –where she sold “books, cards, handcrafted jewelry, textiles, housewares, decor, natural kids toys and other cool gift things.”

Jillian who was a married woman, ran Red Arrow with with her husband, Jason Brown –a free lance writer and former journalist.

She and her husband had been married since 2013. Brown wrote about her lovely wife in a message posted on the Red Arrow Workshop Facebook page Friday morning:

“She was once-in-a-lifetime gal,” her husband wrote . A mother, daughter, sister and a truly exceptional wife. She was an artist, a musician, an entrepreneur and a true renaissance woman. She was the love of my life and I will miss her always.” 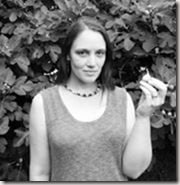 Jillian had a Fine Arts – Graphic Design degree from Belmont University and a B.F.A., Fine Arts – Ceramics from University of Louisiana at Lafayette.

Before becoming a business owner, Jillian was a singer and the president of a non-profit called TomFolk. In 2003 she became the co-owner of a creative design agency “Workagencies.”

In 2010 she and her older brother Bram teamed up to open Parish Ink –a hip and fashionable line of apparel. In 2012 to the present, she and hubby opened Red Arrow Workshop.

Jillian loved to “work and design things like patterns and gardens and interior spaces. I love color.”

According to the redarrowworkshop website, she was obsessed with Fats Waller, Tina Turner and John Steinbeck and described herself as a a sentimental hoarder, and an uptight minimalist.

The other fatal victim was 21-year-old Mayci Breaux.