Jill Jones is the wife of businessman W. Paul Jones, the current CEO at Payless. It is not good news for her hubby as Payless recently filed for bankruptcy.

According to his LinkedIn, Mr. Jones holds an undergraduate degree in Business & Finance and Economics from Mount Saint Mary’s University and an MBA from the University of Oregon.

Prior to his arrival at Payless in 2012, Jones posses over 30-years of management experience, distinguished leadership and expertise in the value retail segment.

He served across several divisions of May Department Stores, Kohl’s Corp., of Menomonee Falls, and Sears.

He followed into his role as Vice President and General Merchandise Manager for men’s apparel for what was then Sears Roebuck & Co., of Hoffman Estates, III from 2004 to 2005. 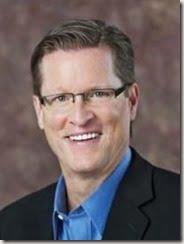 According to his bio on the Payless website, he is married to loving and supportive, wife, Jill.

Jill Jones and her husband currently reside in Lawrence, Kansas. The two are the proud parents of five children.

Apparently the family enjoys a quiet life in their home in Kansas. Not much more is known about Jill Jones –who will certainly offer her support during her hubby’s difficult times.