Jonathan Schechter is a Lt. of the EMS Rossville Station 23 in Staten Island -who has been named in a federal lawsuit by a former reality star.

Reports say, Angelina Pivarnick, who gained fame as a cast-mate on Jersey Shore claims that Lt. Jonathan Schecter, pestered her for ***, made inappropriate comments about her appearance, and even groped her.
After her apparition on the popular TV show, Angelina went on to pursue a career as a Staten Island EMT.

According to the complaint -which was filed in New York -Angelina did not stay quiet. The 33-year-old repeteadly rejected Schecter’s advances telling him to stop. In return she was punished with unpleasant tasks, including cleanup duty, according to the complaint.
But Lt. Jonathan Schechter isn’t the only who bullied her, Angelina also stated that a different unnamed boss, who was not mentioned as a defendant, would often harass her about how many men she had slept with during her time on Jersey Shore.
The lawsuit states that Angelina endured the sexual harassment from both men for around two years, beginning in 2017. 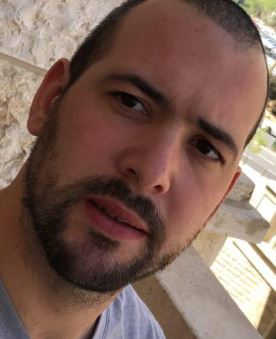 Schechter who is the only one named in the suit, is said to have allegedly subjected her to unwelcome sexual advances, as well as comments about her body and physical appearance.

In Sept. 2017, Schechter allegedly texted Pivarnick, “Your a***s is amazing and I wish I wasn’t working or in uniform because I definitely would’ve kissed those amazing lips,” the lawsuit states.
His unwanted advances continued into May 2018, when Schechter allegedly “grabbed and squeezed her buttock”

Jonathan Schechter lives in Staten Island, NY. He writes on a Facebook page “Be Weird. Be Random. Be who you are. Because you never know who would love the person you hide”
Judging by his social media, Schechter is the father of two young sons.
In 2017, he was named a ‘new Nutrition Counselor for Men at our Boro Park office’ by ‘Nutrition by Tonya’
On a welcome post, Tonya Rosen wrote that Jonathan Schechter lost 30lbs with their nutrition plan.