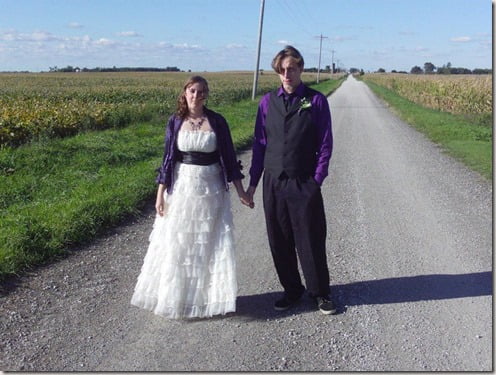 Another senseless killing, this time at the hands of married couple Jared and Amanda Miller, they claimed the lives of two cops at a a North Las Vegas pizzeria on Sunday morning and an innocent Walmart shopper minutes later.

According to reports, the couple in their late 20’s committed suicide but not without first killing three innocent people. They stormed a Cici’s Pizza just before 11.30am Sunday and killed the officers as they ate pizza. The shooters then ransacked the dying cops’ bodies for ammunition and weapons before covering them with the famous ‘Don’t Tread On Me’ flag from the American Revolutionary war.

Jerad and his wife then  ran to a nearby Walmart, where they shot dead a female shopper.

According to neighbor, Krista Koch, who lives in the Bruce Street apartment complex where the suspects lived, the suspects were “militant” and had talked about killing police officers after going “underground” until it was the right time to kill. She added they often dressed up as the Joker or Slender Man. 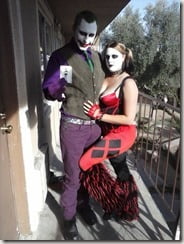 Other reports indicate the next-door neighbor and friend of Jerad and Amanda Miller was holding documents for for the couple that included detailed plans to take over a Las Vegas courthouse and execute public officials.

According to the Review-Journal, the suspect told his neighbor he had been kicked off of Cliven Bundy’s Nevada ranch while Bundy was engaged in a standoff with the federal government over his refusal to pay grazing fees on his ranch.

According to Jerad’s Facebook page, the couple had a wedding ceremony or “exchange of the roses” last December, during which Amanda wore a white dress and purple garments while Jerad is seen in pictures with a black and purple attire. 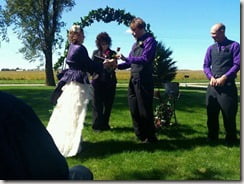 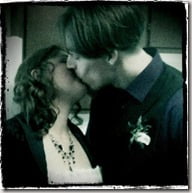 Along with a picture of Amanda he captioned

my beautiful, amazing, fantastic wife who I could never live with out!

According to his social account, he attended Kennewick High School, on his about section he writes

His father is Tod L Miller and sister Megan Allen.

His posts would also identify him as a Patriot who liked dozens of militant movements on Facebook and railed against Islam, Obamacare, immigrants, the New World Order, and gun control. 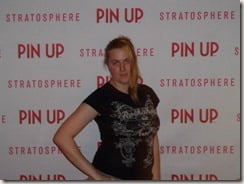 According to Amanda’s account, she is originally from Lafayette, Indiana; her father is Todd Woodruff and brothers Justin and Collin Woodruff. She identified herself as “Head of Needlework Dept. at Hobby Lobby” her about section reads

Not What You Think I Am Or Am I
I’m easy going and really shy at times. I’m fun to be around once I warm up though. Just message really if u want to know

In early May, Jerad Miller posted a statement foreshadowing the shooting.

There is no greater cause to die for than liberty. To die for that cause is easy, to live for it is another matter. I will willingly die for liberty. Death, in a sense is freedom from tyranny. Death, is the easy way out. Most notably is the “suicide by cop” routine. Yes, standing before despots is dangerous and most likely does not end well for you. I know this, my wife knows this. Soon they will come for us, because they don’t like what we think, and what we say. They don’t like the fact that we, simply will not submit to fascist rule. We don’t have much, but we are willing to sacrifice everything…….for you, for your freedoms. Even if you wouldn’t let us have ours. We know who we are and what we stand for, do you?”

The couple had been together since 2012.