‘Shocking and unacceptable’ is the behavior of 69-year-old Baron john Sewel who’s been caught snorting a white powder and having private parties with prostitutes! Sewel who is a politician, life peer, and former academic was also the deputy speaker of the Chairman of Committees of the House of Lords, but he resigned amid the release of a video where he can be seen on drug-fuelled romps and speaking about fellow politicians.

According to the Sun, the disgraced former deputy speaker, branded David Cameron “the most superficial Prime Minister ever” he also said London Mayor Boris Johnson is a “joke” and Labour leadership hopeful Jeremy Corbyn’s name also came up.

As if the damage wasn’t enough, he also took a swing at fellow Labour leadership candidate Andy Burnham saying he contradicts himself and goes “whichever way the wind is blowing”.

On top of everything else, reports say he could face a police inquiry after he was filmed appearing to snort white powder from a £200-a-night prostitute’s breasts at his exclusive Westminster grace-and-favour flat. 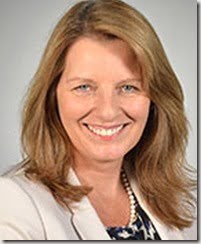 54-year-old Jennifer Sewel is actually his third wife, she is yet to make any comments about her husbands current status. The blonde is a University Secretary and works at Durham University.

The couple has been married since 2005 and she is referred to as Lady Jennifer. The couple has a £1.2million house in Banchory, Aberdeenshire.

During the video reports say he can be seen turning a framed photo of her face-down on a table when the *** games began.

Her husband of 10-year can be seen stripping and getting naked with two hookers and he’s also seen snorting drugs from one call girl’s breasts.

According to the  Daily Mail, Lady Jennifer is a former civil servant turned director at Aberdeen University, who has two children from a previous marriage who are thought to live at the family home.

Lord Sewel is a former Aberdeen University lecturer who was appointed to the Lords by Labour in 1996.

He served as a Scotland Minister in Tony Blair’s Government but now sits as a crossbencher due to his key role as chair of the privileges and conduct committee. His first wife is Rosemary Langeland with whom he fathered two children Thomas, 38, and Kate, 36.

He made psychologist Leonora Harding his second wife after 20 years with in his first marriage.