David Cruz who was best known for being in a romantic relationship with superstar Jennifer Lopez, has died.

David and the ‘Jenny from the Block’ singer, dancer, actress and overall lady boss, met as teenagers and were together for several years before they parted ways. According to reports, Cruz died over the weekend in New York.
He had been diagnosed with heart dissease, his cause of death is officially listed as hypertensive and atherosclerotic cardiovascular disease. He died at Mount Sinai West Hospital in Manhattan. David Cruz was 51-years-old.

The former ex’s met in New York as high school students, at the time Jennifer was only 15 when she started dating Cruz, who was one year older than her. They dated into the 1990s and were together for circa 10 years. Cruz even made it to important events as her date.
They were photographed a few times during their relationship and as Jennifer’s career began to take off. However, it’s believed that Lopez’s stardom, crazy fame and crazy schedules deteriorated the relationship and eventually it was too much for Cruz to handle. 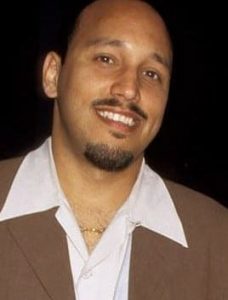 After their breakup in 1995, Cruz settled with his longtime partner, Isa who survives along with their children. Isa remembered David Cruz by saying
“He loved going to the theater with me…My favorite moment was family date night, because it wasn’t just special for me but for the kids as well. He always made sure to end things with an ‘I love you.’”
His partner also spoke about how David Cruz helped raise his step-son who is now in the Marines. She also shared he was a fantastic father.

Back in 2004, Lopez reportedly shared some kind feelings about the former flame, admitting, “He’s a friend, and he probably knows me better than anyone else.”
Since Cruz, JLo has been in numerous relationships and has been married three times. She has been in a relationship with former baseball star Alex Rodriguez since 2017.