Lior Bitton is the proud boyfriend of  Jenna Jameson. His gal doesn’t need much of an intro but do you know who Lior is?

Bitton is in the diamond business. He is currently based in Los Angeles but is from Israeli origin.

The pair have been dating since 2015 and are currently expecting their first child together. The couple seems to be so serious about their commitment, the former adult star is said to be converting to Judaism.

Jenna has even become a pro at hosting Shabbat dinners, which she proudly documented on Instagram. Jameson has also taken up Hebrew. 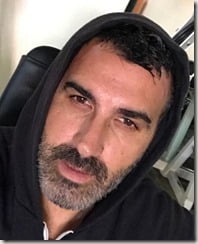 43-year-old Lior Bitton, a Herzliya native calls himself a diamond dealer on his Instagram account where he also reveals he is an IDF Veteran, meaning he served in the Israel Defense Forces.

The former soldier turned entrepreneur is also the father of three children from previous relationships.

She was previously married to actor &  director Brad Armstrong and later to Jay Grdina.

But just as Jenna is the world’s most famous **** star, her man could be the world’s worst diamond dealer.

According to online info, back in 2010, he was arrested and charged with insurance fraud for having falsely reported the theft of a 4.21-carat diamond from his Pacific Diamonds and Gems store.

The following year, Lior Bitton pleaded guilty. As a result, he was sentenced to three years of formal probation, five days in jail, and 90 days of home confinement.

The father of three boys was able to do the scheme after one of his couriers was robbed of 20 diamonds, he filed a claim for stolen goods, including for the 4.21-carat diamond. After he collected a cool $99,000 from the insurance company, he flew to Israel and attempted to sell to a wholesaler the same diamond he had claimed was stolen. Lior was also forced to pay back the $99,000 to the insurance company. Ouch!

Other than that, Bitton has proven to be very protective of Jenna. He took to Instagram some time ago, to tell Tito Ortiz :

I don’t think u need all year of social media to know that they want to keep Jenna away at all costs. It’s obvious for any 8 years old kid that goes online typing in goggle or speak to siri “find Jenna Jameson” (not finding nemo) looking over in 3 min and can figure out where his mother is. Wait until Jesse and journey goes online, they are probably not allow to go on the Internet. (Could be also brain washed) Poor adorable kids they are in kind of a “dark castle”. School, Gym, grandma, that’s it.

Not allow to go on Internet not allow to speak with friends that goes on Internet. My son asked me “daddy if Jesse and journey will look for Their mother they can find her in a minute online and can contact her”, and my son is 9. Mr. Tito, please stop the hate and learn to forgive, if you can’t learn on your own seek for professional help. What you doing is not best interest of the kids. Good luck Brother Hopefully you will do the right thing. People change, times are different. If you need my help I am always here