Jeffrey Paffumi has been named as the teacher at a Palm coast school in Florida, who was arrested for battering a student.

In an incident that took place earlier this week at Buddy Taylor Middle School, in Palm Coast; Jeffrey Paffumi is said to have confronted one of his students over playing music in class. The educator then proceeded to lift the student from his desk, carry him across the room and pushing the student into the hallway. The incident was caught on tape.

However things may not be that simple. The Daytona Beach News-Journal reported that Mr. Paffumi had asked the student, who is in the eighth grade, to mute the music coming from his computer, and then muted it himself not without being slapped away by the student first.
According to the NY Times, a charging affidavit said that the student unmuted the music, and they went back and forth before the teacher took the computer.
It was after the student called, Paffumi a ‘cracker’ -that things got physical and hauled him out. However, the same affidavit states that the 14-year-old student was not injured and described the grip on him as a ‘choke hold’ that did not restrict his airway. 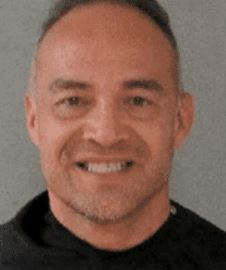 Jeffrey Paffumi who is half-white and Polynesian -was arrested the next day, after the student’s parents called the police. He was charged with a misdemeanor count of battery. The 47-year-old was allegedly removed from the classroom following the incident and since his arrest has been placed on leave pending an investigation.

Jeffrey “Rocco” Paffumi began his career with Flagler Schools in August 2005. He became a “support facilitator” for Exceptional Student Education, or ESE, classes at Buddy Taylor Middle School in August 2018.
Back in 2012 the teacher was also arrested and charged with battery. Though the charge was dismissed, he was ordered to pay the victim $575 in restitution.