Marilyn Katzenberg is the wife of veteran exec and film producer, Jeffrey Katzenberg -best known as a Disney executive.

Marilyn’s husband is going ahead in releasing a new ambitious venture, right in the middle of a pandemic and all. The 69-year-old mega-producer made the announcement that his new streaming service, Quibi will be free for 90 days!

Born December 21, 1950; the New Yorker grew up in New York City. He did not attend college, instead becoming an assistant to a director at Paramount studios, then assistant to its chairman, eventually working his way up to president of production. When then Paramount President Michael Eisner left the studio to become CEO of The Walt Disney Company, Katzenberg went with him to head up the company’s motion picture division and helped take it from last at the box office among major studios to No. 1.
Later, he teamed up with Steven Spielberg and David Geffen to form DreamWorks SKG.

Jeffrey and wife, Marilyn Katzenberg have been married for several decades. The two tied the knot in 1975 and are the parents of two adult children. 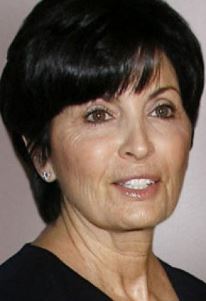 Marilyn Katzenberg gave birht to twins Laura and David in 1983. The couple’s son, David is a TV producer and director. Both their children attended Boston University.

Marilyn Katzenberg was born Marilyn Siegel, she is a former kindergarten teacher. She was a grade-school teacher in the South Bronx for a half dozen years.
In addition to her profession as a teacher, Marilyn is also well known for her her philantrhopic efforts. As many wives of the rich, she has been involved and is still active in a number of charitable causes.