Ghislaine Maxwell has been named as the woman who enabled disgraced financier, Jeffrey Epstein -to commit his crimes. Epstein died of an apparent suicide while in prison on August 10.

Ghislaine’s late friend was arrested in July 2019 on several serious charges. He was believed to be running a network involving underage girls with the help of Maxwell. He died while awaiting trial in a New York prison.

Maxwell, a British socialite known for being the daughter of Robert Maxwell -is being accused of handling underage girls to the billionaire. The 57-year-old has been described as both Epstein’s longtime girlfriend and madam. 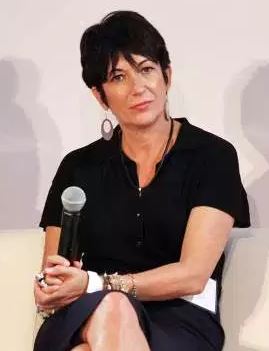 Born December 25th, 1961 as Ghislaine Noelle Marion Maxwell -her father owned and operated a number of British tabloids and was at one point estimated to have been worth nearly $1.9 billion.

The youngest of nine children was educated at the prestigious Marlborough boarding school in the U.K.; and went on to study at Oxford.

The Maxwells were active in both British and American social circles. In 1991, Robert Maxwell was found dead under mysterious circumstances after reportedly having fallen overboard from the yacht.

It was later discovered that he was in a significant amount of debt at the time of his death, and had embezzled from his employees’ pension fund.

Ghislaine Maxwell built her credentials as a British socialite and philanthropist; she founded the Kit-Cat Club, a social organization for working women, and also served as director for a football club her father owned.

Following her father’s passing, she moved to the United States, in order to escape the scrutiny of the U.K. tabloids; she started out working in real estate and has since held a number of board positions and charitable foundation advisory roles.

Ghislaine Maxwell is widely credited with founding the charitable organization the TerraMar Project, which works to preserve the world’s oceans.

As part of the uber-wealthy, she’s been known to have ties with numerous powerful individuals such as Donald Trump, Bill Clinton, and Prince Andrew.

Her involvement with Epstein began in the early ’90s after the two met at a party. Though their romance later fizzled out, they kept close and has since been described as Epstein’s best friend, high-end assistant and lady of his house as well as the person who largely managed his affairs.

This is where the nature of their relationship gets bizarre as she has been accused by at least three women -as the person who groomed them for the pleasure of Epstein.

This is not the first time Ghislaine Maxwell is alleged to have played a pivotal role in procuring young women for him. In a 2015 civil suit against Epstein; Maxwell is accused of having recruited a then 16-year-old to serve as Epstein’s massage therapist and later instructing her with becoming intimate with him.

In recent years, Maxwell has virtually retreated from the social scene. She currently resides in Massachusetts with boyfriend Scott Borgerson -a tech CEO who is 14-years her junior.

Ghislaine Maxwell has repeatedly and vehemently denied allegations. But she was finally arrested in Bradford, New Hampshire on July 2, 2020; currently facing four charges relating to the enticement of minors to travel and engage in *** acts between 1994 and 1997 as well as lying under oath about her involvement in the sick crimes Jeffrey Epstein did to dozen of underage girls.