Marc Fernich served until recently as one of the attorneys of disgraced financier, Jeffrey Epstein -who was found dead in his cell over the weekend.

Fernich -who practices criminal defense and civil litigation -seems to be defending his client even after his tragic death. Marc Fernich expressed his anger in a personal statement saying he is outraged at Epstein’s death and put the blame on prosecutors, judges and the press. In the statement, which he said did not reflect the views of the defense team as a whole, Fernich demanded “a full investigation into the circumstances surrounding Mr. Epstein’s death.”

Marc’s prominent client was arrested in July 2019 on charges of *** trafficking and conspiracy to engage in *** trafficking. He was believed to be running a ***-trafficking network and was awaiting trial in a New York prison when he died of apparent suicide. 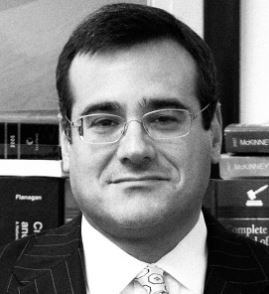 Prior to his passing, Epstein -a convicted *** offender -denied federal charges of *** trafficking involving minors which could have resulted in a 45-year prison sentence. However he faced a mountain of evidence including testimony from alleged victims and documents obtained by prosecutors indicating an elaborate trafficking ring.

Fernich, one of the top rated Criminal Defense attorneys in NYC; regularly appears in the media as an expert legal commentator as he boasts 25 years’ experience. He is a graduate of Northwestern University School of Law.

Marc Fernich has written and argued dozens of appeals in courts across the country was named a New York-Metro Super Lawyer since 2009, and ranked “AV” preeminent by the Martindale-Hubbell attorney rating firm.
In addition, he teaches appellate advoacy at Pace and Brooklyn law schools and serves as a director for the New York State Association of Criminal Defense Lawyers.
You can check out his website here.