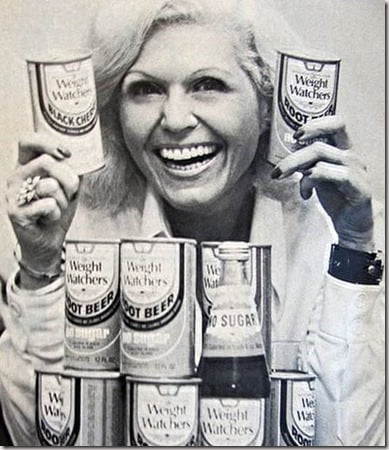 We are sorry to hear about the passing of Jean Nidetch, the woman who created Weight Watchers. Jean who was 91, died in Ft. Lauderdale according to reports from TMZ.

Jean, your ordinary housewife was struggling with her weight in 1961, at the time she was 5’7″ and weighed 214 lbs. She then did the extraordinary by following simple eating tips and in 1963 Weight Watchers was born. 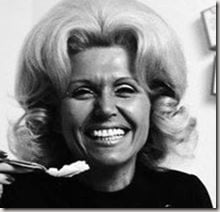 The first lady of Weight Watchers International was born Jean Slutsky on October 12, 1927 in Brooklyn, New York. The New Yorker was the daughter of a cab driver father, David Slutsky and a manicurist mother, Mae (Rodin) Slutsky.

After graduating from Girls High School in Brooklyn she took a business administration course at City College of New York. Not being able to finish due to the death of her father in 1942, she then opted to get a full-time job.

She held a few jobs before ending up at the Internal Revenue Service, while working there she met Marty Nidetch. They wedded on April 20, 1947 after two years of dating.

Marty Nidetch was a blouse salesman when he met Jean, after their marriage the couple moved to Tulsa, Oklahoma and then to Warren, Pennsylvania where Mr. Nidetch was a store manager. Both Marty and his wife became overweighed. 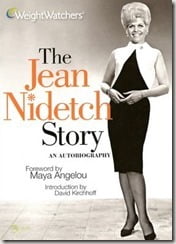 When Weight Watchers took off, Marty by then a bus driver in Qeens, N.Y. offered support to his wife when she needed it; he lost 70 pounds by following the program. Jean and Marty Nidetch divorced, Mr. Nidetch remarried and moved to South Florida, where he spent the last 20 years of his life. He died in 2003 after a long fight with cancer aged 85.

The couple had three children together, in 1952 son David was born in Warren, Pennsylvania and in 1956 they welcomed another son Richard; by the time Richard was born the couple had moved back to New York . Jean and her husband lost their first child.

David 63, (pictured below) currently lives in Boca Raton, Florida. According to his Facebook profile he works in Sales at Innovative/IPC. He is married to Janeth Nidetch and has two sons, Logan and Matt. 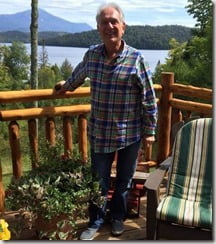 By 1961 the homemaker and mother of two, described herself as “desperate.” After her failed diet attempts she decided to invite a group of 6-overweighed-friends to try her new diet and secrets. The group met weekly to talk about their progress while consulting at the same time a doctor. Jean knew she wasn’t a trained dietician and viewed herself more as an emotional leader rather than a medical expert.

Her popularity soared as she found herself to be a remarkable motivator, an articulate public speaker, and a real life example for the other participants.