Phoebe Scholfield is the wife of actor, Jay Benedict -known for his role in the 80’s film, Aliens.

Phoebe’s husband is said to have become the latest victims of coronavirus also known as Covid19, among celebrities. The news was confirmed today Monday by his management. Benedict was 68.

Jay Benedict was born April 11, 1951; the California native played Newt’s father in the 1986 film “Aliens” and Rich Twit in “The Dark Knight Rises.”
He is also well known in the UK for his roles of Doug Hamilton in the long-running series “Emmerdale,” which has been airing in the U.K. since 1972. He appeared on the show in the late ’90s.
He took on other roles most notably as Frank Crowe in an episode of the BBC’s award-winning 2003 docudrama television miniseries Seven Wonders of the Industrial World, John E. Jones III in Nova’s Judgment Day: Intelligent Design on Trial, Alan Kalanak in Jonathan Creek and Yves Houdet in the mini-series Anglo-Saxon Attitudes. 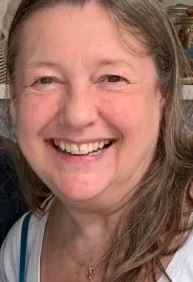 He leaves behind his wife, Phoebe Scholfield, and three adult children. Phoebe Scholfield who is also an actress, is the mother of the couple’s two sons Freddie and Leopold -who is also an actor, director and writer. According to The Sun, son Freddie is a student at The Guildhall School of Music and Drama. Her husband also leaves behind a daughter, Alexis from a previous relationship.

Phoebe started her career in the TV mini series, Hold The Back Page in 1986. Other films she starred in include, The Crystal Maze, The New Statesman and His Dark Materials. Phoebe Scholfield also played the part of Henriette in the comedy TV series, Allo, Allo; for five years.

Phoebe Scholfield along with her husband ran Sync or Swim, an ADR/Loop group -a video production company. Together they provided dialogue replacement services to the TV and film industry. The company’s recent projects include, Call The Midwife, Downtown Abbey, Dickensian And Beowulf: Return To The Shieldlands.