Jason Rosenthal is the husband of New York Times bestselling author and short filmmaker, Amy Krouse Rosenthal –known for both her children and grown-ups books.

Jason’s wife has earned major recognition for her book writing, Amy who is also a contributor to the TED conference and NPR –has announced she is terminally ill with ovarian cancer and at the same time she writes a bittersweet dating profile for her husband –with the aim that he finds someone because she has only days left.

The award winning writer has been described as a prolific author by critics. She previously worked as an online columnist and the host of a Chicago Public Radio program.

Her work for grown-ups includes the memoir Encyclopedia of an Ordinary Life and the film project The Beckoning of Lovely. 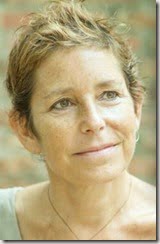 Born Jason Brian Rosenthal, he and his wife have been married for over two decades after meeting in 1989. According to Amy’s piece for the New York Times she and Jason met after they were set up by a family friend who thought they would be perfect for each other.

They have been married for the last 26-years and together are the parents of three children, sons Justin and Miles and daughter, Paris.

Jason and his wife learned of her cancer diagnose in 2015, at the same time they sent off their third child to college. The travels the couple had planned all disappeared in an instant.

She describes him as a sharp dresser, standing at 5-foot-10 with salt-and-pepper hair and hazel eyes. Jason Rosenthal has been a Chicago attorney since 1990. He spends much of his time at Law Offices of Jason B. Rosenthal, P.C. He is a Personal Injury Attorney. He enjoys live music and paints occasionally.

You can read Amy’s full profile on her husband here.