Jann Wenner, the man we all know as the legendary founder of co-founder and publisher of the Rolling Stone magazine and who has an estimated net worth of $700 million.

Jann, born Jann Simon Wenner on January 7, 1946 –has also made headlines due to personal affairs. The New Yorker lived as a heterosexual man until the age of nearly 50. Jann who came out as gay in 1995 was married and welcomed three children with then wife, Jane Schindelheim.

Most recently, the 71-year-old is making headlines after being accused of sexual harassment by writer, Ben Ryan. Ryan told BuzzFeed News that Wenner offered him a career advancement in exchange for *** during a meeting in 2005.

Jann is also the current owner of Men’s Journal and US Weekly. He attended the University of California, Berkeley but dropped out in 1966.

Wenner accumulated his fortune, when he and Ralph J. Gleason founded Rolling Stone in 1967 in San Francisco. He led the magazine to 14 National Magazine Awards for General Excellence, Design, Photography, Visual Excellence, Specialized Journalism, Feature Writing, and Reporting. Today, it continues to reign at the forefront of American journalism. With its 12 million readers, it serves as the ultimate source of music information and popular-culture trends.

Wenner has also appeared in television and movies such as Perfect with Jamie Lee Curtis and John Travolta. He was also awarded the Norman Mailer Prize in 2010 for Lifetime Achievement in Magazine Publishing. He was a co-founder of the Rock and Roll Hall of Fame Foundation.

Wenner has been a happy gay man for decades now, and probably his ex-wife wouldn’t care much about the recent sexual allegation. However, we wonder what his current partner and children would think? 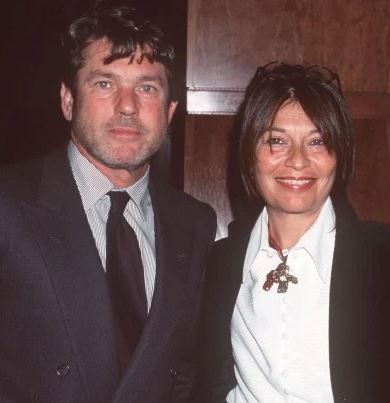 Jane Schindelheim wedded Jann in a Jewish ceremony in 1967. During their marriage the once happy couple welcomed three sons.

She and Jann separated in 1995, after he revealed to her he was in love with a man. The couple had been married for over two decades at the time. According to People, Jane told veteran journalist Joe Hagan, her husband’s revelation was simply ‘cruel.’

Jane allegedly discovered early in her marriage that Jann had a fling with a man, however when she confronted him he promised her he’d ended it. Hagan writes the two embarked in a relationship in which they were allowed to have other lovers and that Jane and Jann only came together for their mutual desire of ‘power and pleasure and style.’

Jane stayed married to him for another 16 years. 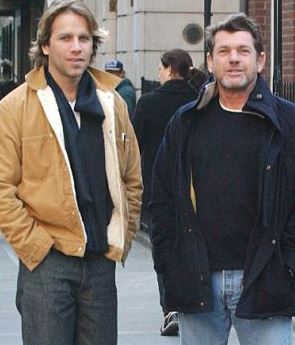 Matt Nye is a former model turned fashion designer. He is the son of a tool factory manager and registered nurse, is the youngest of ten siblings. He and Jann have been together since the mid 90’s.

Matt Nye is a former assistant to Carolina Herrera, Ralph Lauren and Calvin Klein. He started his own line in 1998. He designs a modern, luxurious classics-based collection for men and women.

Matt who holds a degree in biology from the University of Michigan –moved to New York following his graduation where he became an assistant, answering phones and running errands at Carolina Herrera. At this time, he also enrolled at New York’s Fashion Institute of Technology. From Herrera, he joined Lauren’s team, and then advanced to Klein.

In 1999, Matt walked away with the Perry Ellis Award for menswear.

The longtime romantic partner, have adopted three children together and are now currently married.

Jann and ex-wife, Jane are the proud parents to three adult sons, Alexander Jann, Theodore “Theo” Simon, and Edward Augustus, known as Gus and who in 2013, was named head of Wenner Media’s digital operations.

Jann and Matt Nye are the proud adoptive parents of Noah and twins Jude & India Rose.

The ownership of Jann’s company has passed down to his three children with Jane, along with nieces and nephews –the Daily Mail reports.