Janet Sheen aka Janet Estevez or Janet Templeton is the mother of actors Charlie Sheen and Emilio Estevez, as well as Renee and Ramon Estevez. Mrs. Janet is the loving wife of the amazing Martin Sheen, who like Janet are dealing with the latest news about their son Charlie Sheen and his secret battle with HIV.

Sources close to Charlie Sheen said he had been hiding inside his home for the last two years, he pay thousand of dollars to female and male prostitutes to hang out with him at his home, however there are times when Sheen leaves his home, like last month when he took his mother Janet Sheen to the movies.
According to a source in the adult industry, Charlie Sheen the talented yet troubled son of Martin and Janet Sheen has grown increasingly isolated from the outside world over the past two years, paying for **** stars to come and party with him at his own home and rarely venturing out.
Janet Sheen and her son went to see the Martian last month in Calabasas, according to an eyewitness.
Charlie arrived as a passenger in his mother’s car. They parked in the back of the movie theater, when there was plenty of parking in front. It was a matinee of The Martian.

‘Afterward, they snuck out the back where they talked for a while why he was chain smoking. Whatever she said, he was defending himself, gesturing wildly. It went on for at least ten minutes.
‘Charlie got in her passenger seat where they went to Martin’s house. It looks like he’s been spending a lot of time with his parents.
‘He had circles under his eyes, He looked pasty and thin, definitely older than his years. He was hunched over and gaunt, like he’s been through a lot. He’s not the picture of health.’ 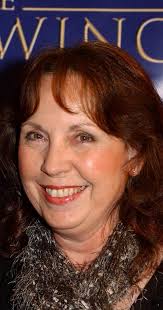 Janet Sheen was born Janet Templeton on July 8, 1944 in Dayton, Ohio. Janet met her husband while she was studying art at the New School for Social Research in New York. Janet and Martin got married on December 23, 1961 and had four children.
Janet Sheen gave birth to her first child Emilio Estevez on May 12, 1962, then came Ramon Luis Estevez on August 7, 1963, Carlos or Charlie Sheen was born September 3, 1965 and Renee Pilar Estevez her only daughter was born April 2, 1967.
All four of Janet’ children got into acting, although we know plenty about her hubby’s filmography as well as Emilio and Charlie’s films, little is out there about Ramon and Renee’s acting roles.
Ramon and actor and director has a few credits on television, Zorro in 1990, Jesse Hawkes, Th Fourth Wise Man and In the Custody of Strangers. In the big screen Ramon Estevez starred iThe Dead Zone in 1983, That Was Then… This is Now and State of Emergency in 1985 and Turnaround in 1987, Ramon also was in Esmeralda Bat, Beverly Hills Brats and Fall of The Eagles in 1989.
Renee Estevez whose most recent job was as a screenwriter for her brother’s t.v show Anger Management has been in seven t.v shows like MacGyver and Growing Pain and appeared in more than 25 films like Heathers in 1988, Single White Female, Lethal Weapon, Astrohill in 2005 and The Way in 2010. Renee Estevez got married to pro golfer and chef Jason Thomas Federico On October 11, 1997 in New York.
What about Janet Sheen’s filmography?
Janet Sheen played Elaine de Kooning in the 1983 television mini series Kennedy, and a nurse in the t.v movie Rate X, she was the producer of the film The Way where her daughter Renee acted and was an associated producer at Beverly Hills Brats where we previously told you Ramon Estevez also was at.