Jane Norris was the wife of iconic Marlboro man, Robert Norris -who died at his home in Colorado Springs, Colorado, at the age of 90.

Born in Chicago in 1929, Norris grew up in Illinois, went to college at the University of Kentucky.
Norris, who came from a family of financiers and lawyers, went into the horse and cattle business after learning the ranching business from an uncle.

By 1953, he moved to Ft. Collins, Colorado, and bought a ranch; while in Colorado, he purchased the T-Cross brand, and eventually, a 20,000-acre parcel that became the T-Cross Ranch. He later bought a second ranch in Arizona.
The ranches became the place where Marlboro intended to shoot their first commercials — and after meeting Norris, decided to replace a professional model for the gig with him, reports say.

He eventually abandoned the Marlboro campaign when he had children, claiming his role in the commercials was “setting a poor example” for them, and he was not a smoker. 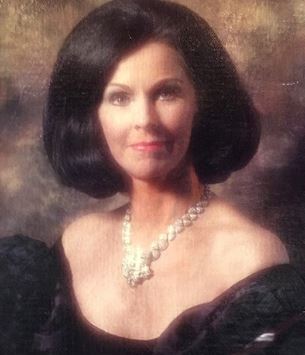 He made the Marlboro commercials for 14 years. Norris also combined his love of ranching with philanthropy, organizing animal rides for disabled children.

Norris is survived by a sister, his four children, 13 grandchildren and 18 great-grandchildren. He was preceded in death by longtime wife, Jane Norris.
Jane was born in Tacoma, Washington on April 28, 1927 to parents Robert and Caroline Wright. She attended DePauw University’s Asbury College of Liberal Arts in Greencastle, Indiana, graduating in 1950. She and Robert Norris tied the knot that same year.

According to her obituary, Jane was a devoted wife who accompanied her husband on extensive travels throughout the United States for business and philanthropic projects.
Jane Wright Norris passed away in 2016 after 65 years of marriage -at the Pikes Peak Hospice.