Jane Boone and her anchor husband have been married for decades and are the proud parents of two adult children.

Scott Pelley was born on July 28, 1957 in San Antonio, Texas. He attended Texas Tech University but did not graduate.

Pelley began his career in his native Texas as a copy boy at the Lubbock Avalanche-Journal where he worked from 1975 through 1978. He later held several key positions in

Pelley joined CBS News in 1989 when he began his network career as a New York-based reporter.

Jane’s hubby is described as one the most experienced reporters in broadcast journalism, he was named anchor and managing editor of the “CBS Evening News” in May 2011. The “CBS Evening News with Scott Pelley” debuted that June. He also reports for the weekly CBS news magazine program 60 Minutes.

He has won a record 33 Emmys, nearly all of them for his “60 Minutes” work and has received many other recognitions.

But aside from leading a successful professional life, Pelley is also a happily married man. 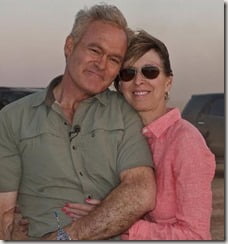 He and Jane Boone tied the knot in 1983 on the SMU Campus and for the last 34-years they have been pretty devoted to each other.

Pelley seems to be a romantic, he dedicated a post to his lovely wife on Instagram saying:

My beautiful and courageous wife, Jane, on the Syrian border during the refugee crisis. Hundreds of people have given me my career. One person has given me my life. #lovealways #gratitude

That pretty much describes his feeling for her after three plus decades of marriage.

Jane Boone and Scott met in the late 70’s, at the time they both worked as reporteres at KXAS in Dallas/Fort Worth.

After their 1983 nuptials they welcomed two children. Jane Boone is the mother a son and a daughter: Reece Pelley and Blair Pelley.

The former TV reporter also worked as an advertisement executive but her most important roles has been that of a dedicated wife and mother.

Her son, Reece lives in NY and studies at Fordham University School of Law – NYC. Blair Pelley graduated *** Laude with a Bachelor of Arts in Political Science from Clemson University.