Jamie Rogers is the husband of City Council candidate, Carlina Rivera. The two made recent headlines after an article on the NY Post revealed she and her husband live in a federally subsidized, low-income Section 8 apartment.

This comes as a blow for Jamie’s wife who is currently in the run for the council seat.  She and her husband have had to face question about their eligibility to live there –after photos of Jamie Rivera sailing in his father’s boat emerged.

Carlina qualified to live in the low-income apartment years ago. Her husband joined her after they got married in 2015.

Qualifying income is now at $61,050 for a two-person household, according to the US Department of Housing and Urban Development. The duo will continue to qualify for a federal subsidy until their combined income hits $111,000

Carlina Rivera has served as an aide to Council member Rosie Mendez. According to her profile she was awarded the Manhattan Young Democrats’ Young Gets It Done Award in 2014 and the Viva Loisaida Award in 2016 for her record of advocating for affordable housing, small business preservation, parks, community resiliency planning and education equality.

She earned a B.A. in communications from Marist College. 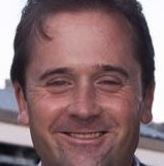 Jamie Rogers, originally from Bronxville, attended Cornell Law School and formerly worked at the white-shoe law firm of Sullivan and Cromwell. He is said to have ditched the law for a career as a small businessman, becoming a co-owner of Puschcart Coffee, a small chain of coffee shops, but has found a hard time making a go of it.

Rogers launched his first Pushcart Coffee on East Broadway in 2011. He said his Pushcart Coffee branch at E. 12th St. and Third Ave. only lasted four months before closing in 2015.

As of now, he has two coffee shops left: Ava Brew, on Willoughby St. in Downtown Brooklyn, which is “doing well,” he said, and a Pushcart Coffee on E. 22nd St. and Second Ave., which is facing stiff competition from a Think Coffee that opened two blocks away a year ago.

However his father, is said to be doing really well financially. He is one of four children of William Rogers, a retired partner at white-shoe firm, Cravath, Swaine & Moore, where he was a highly successful attorney.

In support of his wife, Jamie Rogers told The Villager that he owns a Grand Street apartment, which he rents out, and a small family trust –however he’s been in debt since about 2011.