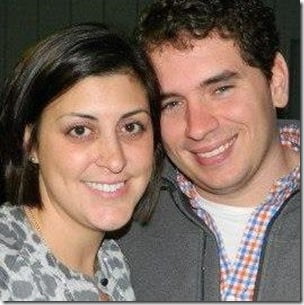 Jamie Kirk Hahn was brutally killed; she was living her dream life and suddenly an alleged friend took it all away! She might have been living an ordinary life in Raleigh, North Carolina along with her husband but she was not just your ordinary person. Jamie dedicated her life and her labor to the goal of human dignity for all, funded her own company Sky Blue Strategies which is a multi-service boutique firm focused around fundraising for nonprofits and political campaigns.

Fundraiser for progressive organizations and political candidates. Check out my company at www.skybluestrategies.com.

Jamie who was 29 years old was a focused passionate young woman who dedicated her entire life on doing what she loved. And this is one of those stories you can’t possibly give a rational explanation …why would a decent human being who is living her life, minding her own business, successful, has a loving husband, a loving family, an entrepreneur, self driven, loved by many…How could you even begin to explain the best man at her wedding would attack her four years later leaving her family and husband with this terrible emptiness.

“She had a gift for bringing us together – black and white, young and old, gay and straight,”

The tragedy occur on Monday when a dinner gathering turned into a bloodbath inside the Hahn household. Jonathan Broyhill, 31 allegedly stabbed Jamie while husband Nation was upstairs changing! Nation heard his wife scream. He tried to stop the attack and was hurt himself. But sadly it was too late for Jamie who was stabbed several times in her abdomen and collapsed in the front yard. Jamie lost her battle on Wednesday at WakeMed, while Nation suffered minor injuries and has been released from the hospital. Broyhill remains hospitalized with self-inflicted stab wounds. Pin
That’s a picture of the three of them; the killer, Broyhill would be the one with the hat. What’s more shocking is that the three seemed to have a healthy, friendly relationship! Is not like one of those friendships you see for Christmas one a year you know! Even more Broyhill was an employee in Jamie’s company so they had a relationship on a daily basis! But so far no motive has been declared for this savage crime. Broyhill is expected to be charged with murder. Could be something work related? Was he secretly in love with her?

Jamie was originally from Orangeburg, South Carolina; she learned the value of helping others through mentoring younger students and working with her church and other community organizations. It seems she was always involved in helping others and that’s how she became a well-known and respected Democratic political strategist and fundraiser. She attended UNC Chapel Hill, completing Emily’s List finance training, Camp Wellstone political training, and FEC.

At her home in Raleigh She participates in a number of community organizations including the UNC Young Alumni Council, Pullen Memorial Baptist Church, Planned Parenthood Young Advocates, the Community HOPE mentoring program, and she serves on the board of The Hope Center at Pullen.

No doubt a wonderful person has been lost. You can read her obituary here.