Lindsey Cyr is the former wife of former South Boston crime boss, James Bulger –who was found dead while serving a life sentence.

Lindsey’s former spouse was killed in his cell at the maximum security facility in West Virginia, shortly after being transferred there from a Florida jail. He was 89-years-old.

Born James Joseph “Whitey” Bulger Jr. –was a former leader of South Boston’s Winter Hill gang. He was captured in California in 2011 after a 16-year manhunt. Bulger was convicted in 2013 of taking part in at least 19 murders.

He had spent 16 years as one of the nation’s most wanted fugitives before he was captured in Santa Monica, Calif., in 2011. 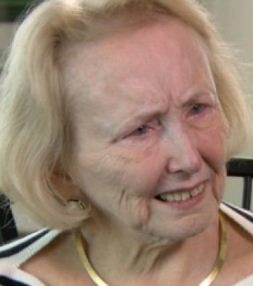 His life of crime inspired films such as Black Mass featuring Johnny Depp, and The Departed which won the Academy Award for best picture in 2006.

Though he was captured back in 2011 with a then girlfriend, Catherine Craig and he had numerous mistresses –he was previously married to Lindsey Cyr.

The two were married from 1966–1978 –during their time together the couple welcomed a son, Douglas Glenn Cyr, in 1967. Sadly the boy died at age six from Reye’s Syndrome, after experiencing a severe allergic reaction to aspirin. When Douglas died, Cyr claimed that Bulger was devastated.

The couple drifted apart after the death of their son.

Cyr, a resident of Weymouth, Massachusetts –met Bulger in 1966 at a café and instantly fell for him. She worked for a while as a waitress and a model.

For over a decade, Cyr was Bulger’s wife and mother to his child, Douglas Glenn Cyr. The family of three was constantly on the run from rival criminals and the authorities, Bulger went to great lengths to hide his son, according to Cyr.

She went public about her relationship with the notorious criminal in 2010. She revealed the last time she spoke to him he was on the run in 1995. That’s the year he fled after being tipped off about an upcoming racketeering indictment by a former FBI handler. After he was caught in 2011, Lindsey Cyr said she had no intention of visiting him in jail, however she was willing to help him if he needed it to.