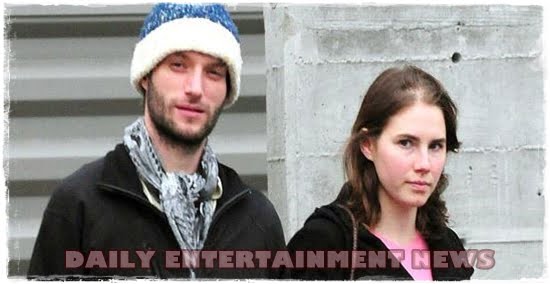 Amanda Marie Knox is the woman who was convicted for the murder of her former roommate Meredith Kercher in Italy in 2009, and served four years of a 26-year sentence. However, the Italian Supreme Court had just sent back the case to the lower court for reconsideration and ordered a new trial.

“It was painful to receive the news that the Italian Supreme Court decided to send my case back for revision when the prosecution’s theory of my involvement in Meredith’s murder has been repeatedly revealed to be completely unfounded and unfair,” said Knox, who is now aged 25.

Knox said that she and her family would “face this continuing legal battle as we always have, confident in the truth and with our heads held high in the face of wrongful accusations and unreasonable adversity.”

Since her release from prison in 2011, Knox has resumed her studies in Seattle and is trying to return to her normal life. She was doing just that as she was spotted hand-in-hand with her new love today!

Knox is dating classical guitar student James Terrano, who is an old friend of hers. Terrano’s brother, 27-year-old William, confirmed:

“Yes, she’s dating my brother. They have known each other for years. We’ve all been friends since before Amanda went to Italy.”

24-year-old Terrano is from a middle-class New York family, he is studying classical music, specializing in guitar, at Seattle’s University of Washington. Knox, also known as Foxy Knoxy, is believed to be about to resume her studies there as well.

According to James’ website, he is a guitarist, composer, and teacher currently living and working out of Seattle’s International District. In 2005 he moved to Seattle from NYC, after graduating from Bronx High School of Science. 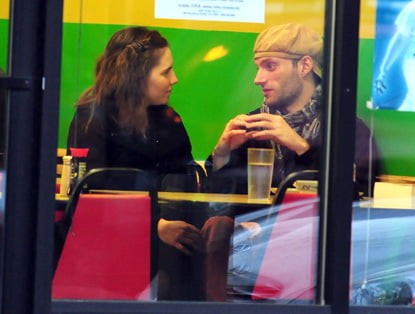 The couple share a £950-a-month apartment in Seattle’s rundown Chinatown area. They were seen very happy at Joe’s Restaurant today with Knox’s mother Edda and a friend. On Tuesday, the couple shared Haagen Dazs ice cream and strolled arm- in-arm around Chinatown, buying groceries at an Asian market. They spent every night last week together inside Terrano’s modest rented flat. A source said:

“She likes the area as she can walk about unrecognized and blend into the crowd.”

Raffaele Sollecito, Knox’s boyfriend at the time of the murder who was also found guilty, was asked in an interview if he still had feelings towards Knox, he smiled and with tears in his eyes said:

“It’s all over between us. I still have a great affection towards her but nothing else. Our love was like a seed that was not allowed to grow because it was brutally stamped on. All I want to say is that I wish her all the happiness in the world. She has suffered like me and now I just want her to be happiest woman in the world.”