Donald McAvoy is the real-life crook brother of Hollywood star, James McAvoy –well known for starring in a string of blockbusters including, X-Men.

Donald and his famous brother are half-siblings, they share the same father, James McAvoy, 59. Donald like his older half-sibling has been making headlines for the past few years but for very different reasons.

28-year-old Donald is the son born to James McAvoy Sr., and Mary McKinnon.

In what could be a movie about two brothers whose life choices take them in very much opposite paths –happens to be the real life for the 39-year-old star. His brother who is safe to say he doesn’t keep in touch with, has been accused of committing multiple crimes.

Donald McAvoy began his criminal career around 2007 when he was given 30-months for stabbing a man ten times outside a pub in the city’s Knightswood. Then in 2012, he was jailed for stealing jeweler, computers and electrical appliances from a home in posh Newton Mearns, Glasgow. 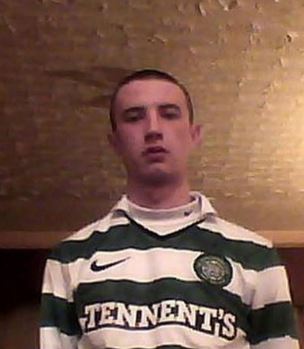 Around 2014, Donald was again sent to jail for dealing cocaine and possessing a blade. Less than two years later in 2016, the younger McAvoy pled guilty to driving while disqualified and without insurance. He was locked up for six-months and was banned from driving for two years.

In 2017, Donald McAvoy was accused of abducting a man and was sent to jail for nine-months. At the time reports said Donald locked up a man inside a car and drove him around for two hours.

Most recently the lesser known McAvoy has been charged with stealing a car.

It is believed James who stars on X-Men, The Last King of Scotland and Shameless –has never met Donald since James was brought up by his grandparents after his father and mother, Elizabeth, split when he was seven. His father also admitted on an interview that little James took the separation ‘hard.’