Debra Robinson is the longtime wife of Soul music legend, James Ingram –who is said to have passed away.

Reports say Debra’s husband sadly died at age 66 of brain cancer. He is believed to have been ill for some time –was found by his wife Debra Robinson.

James Edward Ingram was born February 16, 1952; the Akron, Ohio native became a standard in genres including R&B, pop and soul. The singer, songwriter, producer, and instrumentalist began performing with the band Revelation Funk in the early ’70s.

His voice dominated the charts throughout the 1980s and early 1990s. 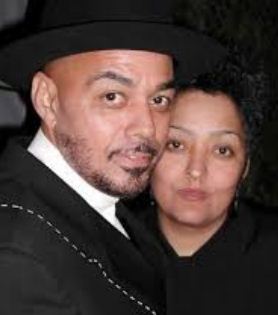 Before embarking on a solo career, he provided backup vocals and piano for Ray Charles, played keyboards behind the Coasters on **** Clark’s oldies revues, and was Leon Haywood’s musical director. But it was when Quincy Jones asked him to sing on his album that his career took off.

He won two Grammy Best Pop Male Vocal and Best R&B Vocal for ‘Just Once’ and scored his first solo hit, “I Don’t Have the Heart” in 1990.

He is also known for a number of duets with the likes of Anita Baker, Patti Austin, Linda Ronstadt and Dolly Parton. He went onto collaborate with king of pop Michael Jackson on “P.Y.T.” for the Thriller album in 1982.

Other popular songs include “Good Life;” he performed “Baby Come To Me,” with Patti Austin in 1984 on her debut album, which went on to become a No. 1 Pop record. There was also “The Secret Garden,” the No.1 hit with Barry White, Al B. Sure and El Debarge on Quincy Jones’ multi-platinum Back on the Block album in 1990.

Ingram is survived by his longtime wife, Debra Robinson who also goes by Debbie. The two became husband and wife in 1975. Together they welcomed at least six children; Jason, Jahnee, Jennifer, Jasmine, Jiaya and Jash.

The couple stayed super private and not much is known about Debra Robinson or further details of their life together.

James had stopped being active for years now, his last album, Stand (in the Light), was released in 2008.