Hatice’s partner is described as one of Saudi Arabia’s most prominent journalists. Khashoggi is also a columnist and author who studied at the Indiana State University.

He has been missing since he returned to Saudi Arabia earlier this month.  According to recent updates, Turkish officials have said he was killed inside the Saudi consulate.

According to his bio, he held a number of prominent roles during his career.

For the next nine years, Jamal was foreign correspondent for the prominent pan-Arab Arabic daily, Al-Hayat. There he became known as an expert in political Islam and related movements. 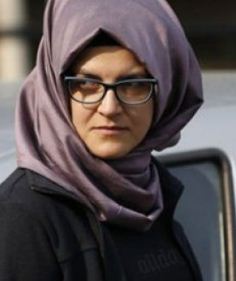 In 1999, Jamal was appointed Deputy Editor-in-Chief of Arab News, the leading English newspaper of Saudi Arabia. In 2003, he became Editor-in-Chief of Al-Watan. He also served as media advisor to Prince Turki Al-Faisal, the Saudi Ambassador in London and later Washington. In 2007, he returned to Al-Watan as Editor-in-Chief.

In June 2010, Prince Alwaleed Bin Talal appointed Jamal to lead a new 24-hour Arabic news channel, Al-Arab –but it was later closed down.

He had been an independent writer based in Washington, DC. Since leaving his home country last year.

In an interview with the BBC just three days before his disappearance, he said he was living between Istanbul, the home of his Turkish-Omani fiancée, and Washington, DC.

Since his disappearance, Hatice Cengiz, has been demanding answers as to what happened with Jamal. She spoke to media and directed a message to President Trump asking him to shed light on her fiancé’s disappearance.

She told the Washington Post the couple was in the midst of planning their wedding and she was awaiting outside the consulate for him when he disappeared.