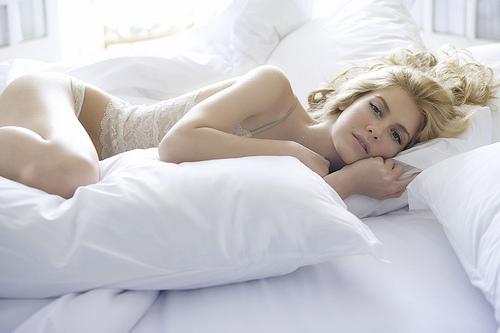 It’s no secret the Leo has a thing for beautiful blonde models. So when we heard the rumor about his supposed latest, we looked into it.

Kat Torres, beautiful Brazilian model, has stated to the Brazilian press that she’s the one keeping Leo up at night!  Kat, who’s complete name is Katiuscia Torres Soares, was born in Belem in the northern state of Para. Kat, a former 2012 Miss Caieiras beauty queen is presently working for Elite Model Management in Paris. She says that the two met in Cannes last May while staying at the same house during the festival. According to her, Leo told her to keep their relationship under wraps, so what’s she doing talking to the press? In her own words, “Leo is amazing, but I worry about what he will think about me talking to you. We have a pact that nothing can ever be said about our relationship.”

You’ve got to wonder what she was thinking. Sources close to Dicaprio say that this information is completely false and accuse the model of trying to cash in. They insist that the two have only crossed paths once. They reported that Leonardo met her once surrounded by dozens of people, five months ago and he hasn’t seen her since.

What do you think? Is she or not Dicaprio’s latest arm candy?