Enya Jones is the wife of radio host Alex Jones –known as a right-wing conspiracy theorist.

Enya’s husband is well known for spewing conspiracy theories into microphones for over 20 years. He began accusing the government of being involved in the Oklahoma City bombing on public access channels in Austin, Texas –while still in college.

The self-described libertarian, who hosts The Alex Jones Show and operates the InfoWars website, has since ranted on a wide range of topics from New World Order plots turning Americans into sheep, to the truth behind the NASA moon landing, to terrorist attacks and mass shootings – including 9/11 and Sandy Hook – which he says are being covered up.

Alex has millions of listeners, but his most powerful one happens to be the president of the United States, Donald Trump –who appeared on his show in December 2015. Since then, his relationship with the president and the traction he gained during the 2016 election have brought him into mainstream political scene.

Jones is currently married to wife Enya, he was previously married to Kelly Jones (pictured below) with whom he fathered three children, two sons and a daughter. The former couple divorced in 2015. 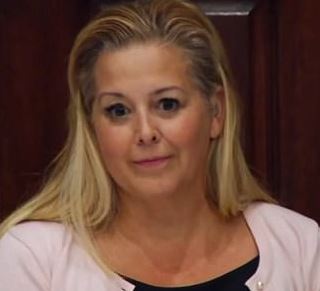 There is not much info on his current wife Enya, it is safe to say Enya Jones does not share her husband’s public image and that she rather stay out of the spotlight. However it will be interesting to see her reaction after reports say a video appears to show her husband had transgender adult film on his phone.

This is definitely not good for her hubby who is known for his anti-trans views. Jones is yet to make any public comments and it is not clear if the phone in question was actually his.

Jones has a long history of using his broadcasts to attack the LGBT+ community.