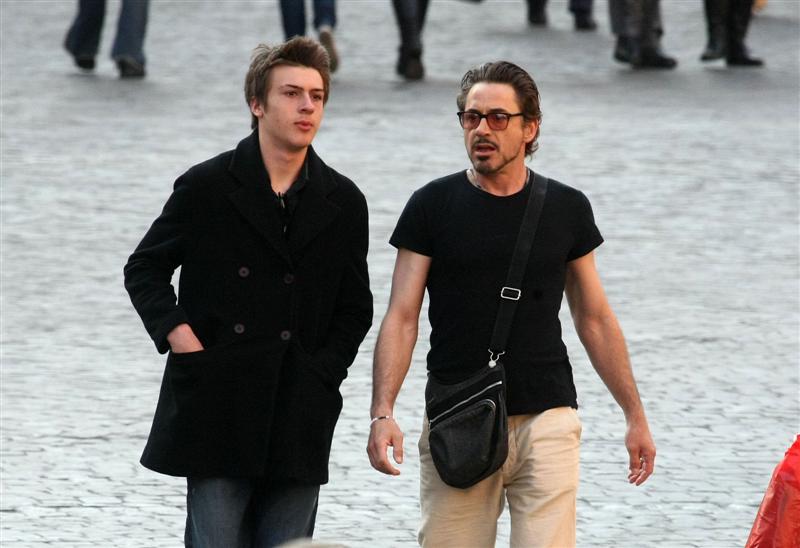 Robert Downey Jr. was a man with huge drug problems in the 1990’s. He even spent a year in jail, and many months in rehab because of them. And now, after a brilliant, but difficult, come back he is facing heartbreak for his son. Indio who is 20 years old, is being treated for prescription pill dependency.

It might not be as bad as it sounds. His mother, Deborah Falconer, says that he has only been taking one pill a day, but that they want to prevent bigger problems for the future.  According to a source for the Enquirer his mother said the treatment he is receiving is “holistic, natural and orthmolecular” and that no medications are being taken. His treatment involves vitamin supplements and organic foods.

Indio’s career as a musician has just started to take off. He’s been playing at the Viper Room in Los Angeles with his band The Seems, and it’s been reported that he has a deal with Warner Bros’. Records. He has also been in a couple of movies: Kiss Kiss Bang Bang with his father and Run for Roxanne.

If his father was able to recover from such a massive problem, we are sure Indio will soon be back playing music with his band. We wish him the best of luck.