Beth Stern is the smoking hot wife of iconic radio personality, Howard Stern. The two have been married for almost a decade and are still going strong. Meet Beth Stern below.

Beth’s husband, the self proclaimed ‘King of all media’ has been active in the entertaining industry for decades. The actor, TV personality, radio host, producer and author of three best selling books, reached stardom status for discussing traditionally obscene subjects in a frank and unabashed way. His controversial personality made him the most fined radio host when the Federal Communications Commission issued fines totaling $2.5 million to station owners for content it deemed indecent.

But his over 20 million listeners made him one of the highest paid radio figures after signing a five-year deal with Sirius in 2004 worth $500 million.

Most recently, the ‘shock jock’  has been keeping busy as a judge on America’s Got Talent.

He and his second wife, Beth have been married since 2008. He was previously married to Alison Berns, his college sweetheart. 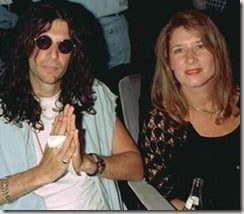 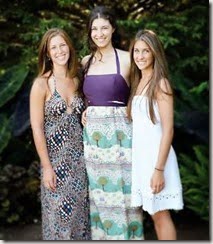 Howard and Alison Berns were divorced in 2001, after 23-years of marriage. 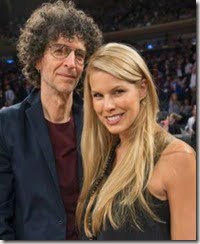 Prior to becoming Mrs. Stern, Beth Ostrosky was born to a model mother and a dentist father. She was raised a catholic along with two brothers.

Beth Stern attended the University of Pittsburgh where she studied English Literature. Beth who had been modeling since her teenage years, moved to NY to pursue a career.

After working for several of the fashion houses in NYC, she transitioned to acting. Her acting credits include the 2000 film Whipped, she was also casted in the movie Flirting with Disaster, which starred Ben Stiller.

You may also recognize her for appearing on t he cover of FHM multiple times.

The leggy blonde is also associated with animal advocacy. She is a self described ‘cat lady.’

She spends much of her time rescuing shelter animals and taking them home with her to the Hamptons, where she has set up a special, foster-care room.

Back in 2012, after the passing of the couple’s bulldog Bianca, she created the Bianca’s Furry Friends Foundation, which benefits the North Shore Animal League America (NSALA).

Beth and Stern dated for about seven years before their 2008 New York wedding. They do not have any children together. She gained major buzz due to her relationship with Stern.