Judith Steinberg Dean is the long time wife of politician and former Vermont governor, Howard Dean. Her 67-year-old hubby accused Donald Trump of being high during the much anticipated presidential debate.

The remark quickly gained more than 7,000 retweets and more 7,772 likes. However it also sparked a wave of negative criticism directed at Dean.

Do you think Judith’s husband should have taken the high ground instead of quickly judging Trump?

Before entering politics, Dean graduated from Yale University with a B.A. in political science in 1971, and received his medical degree from the Albert Einstein College of Medicine in New York City in 1978. Upon completing his residency at the Medical Center Hospital of Vermont, he went on to practice internal medicine in Shelburne, Vermont.

Dean began his career in public service in 1982 when he transitioned from a full-time practicing physician to an elected representative in Vermont.  Dean served as Governor for 12 years – the second longest serving in the state. 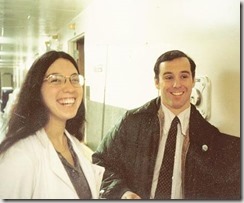 Howard Dean isn’t the only doctor at his house. His wife, Judy Steinberg is also a physician. The couple has been married for over three decades and have two children together: Anne and Paul.

Judith Steinberg Dean received her M.D. and met her husband at the Albert Einstein College of Medicine. The couple has been married since 1981. 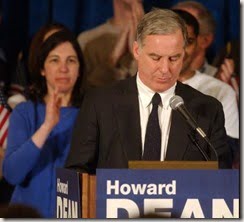 The wife, doctor and mother hasn’t been much of a political spouse. Instead she kept her focus on her daytime job as a doctor.

She kept her medical practice throughout her husband’s political career.

According to the NY Times, Judith was pretty much ‘invisible’ in her performance as first lady of Vermont.

Dr. Steinberg has given about a dozen interviews — none televised — two fund-raising letters and a cameo on a half-hour advertisement, the site reports.

According to Wikipedia, she did not campaign with her husband in his quest for the U.S. Democratic presidential nomination in 2004 until after he lost the Iowa caucuses.

Accoridng to VermontWoman, Judith Steinberg Dean is a simple dresser, and a very steady, cheerful person. She is further described as very calm and very low key.