Madison best known for appearing next to Hef on Girls Next Door, was married to Pasquale Rotella, however the two split last year, following their 2013 nuptials. Madison and Pasquale share two children together.

It seems though the 39-year-old blonde had found love again in the form of new beau, Zak Bagans. According to TMZ, sparks were flying after Holly visited his Haunted Museum in Las Vegas last month.

Bagans is a TV personality best known for hosting the Travel Channel’s paranormal series Ghost Adventures and for being the founder of the Ghost Adventures Crew.
Zak Bagans was born April 5, 1977; the Washington, D.C. native graduated from the Motion Picture Institute in Michigan. Initially Zak intended to film documentaries but while working as a disc jockey he had an encounter with a suicidal woman’s spirit in his former Michigan apartment building. He then became a believer in the paranormal and changed his focus into paranormal investigation. 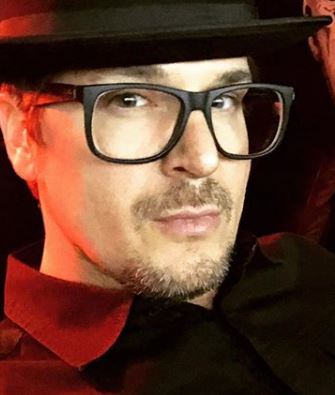 In 2004 he became the hots of Ghost Adventures -the series followed Zak and his crew as they investigated cases that were reportedly haunted. The series ran for 14 seasons. In 2011 he created the spin-off Paranormal Challenge.
His career as a paranormal investigator has also led him to publish a number of books including; Darkness Optional: The Holy Truth, I Am Haunted and I Am Haunted: Living Life Through the Dead.

His most recent TV endeavor is Deadly Possessions also on the Travel Chanel. The series follows Zak as he purchases items to be featured at his Haunted Museum located in Vegas.

Despite his popularity, Zak has been very private about his romantic life. At 42, he is yet to be married and his only other relationship is from the time he dated Christine Dolce. The two had ended their relationship prior to her death in 2017.