Janis Turk Daniels is the mother of the college student who killed a police officer at Texas Tech University Monday night.

The shooter, has been named as Hollis Daniels –a 19-year-old who was a communications arts student at Texas Tech, according to his Facebook.

Numerous reports say it all went down after Hollis, also known as Reid, was taken to the campus police station after a welfare check revealed he was doing drugs. At the station, Hollis shot an officer in the head before fleeing on foot, according to university spokesman. The police officer died. 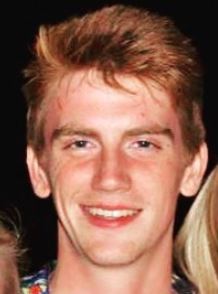 The campus was placed on lockdown at around 8.30pm on Monday while a SWAT team hunted for the suspect in the shooting, Lubbock police said. About two hours later, they announced a suspect was in custody and the lockdown was lifted. Janis’ son was apprehended when a “Texas Tech Officer was able to tackle the suspect as he fled & took him into custody.” Lubbock police said. Hollis Alvin James Reid Daniels, comes from prominent family who used to run a chain of movie theaters in Seguin, Texas. His parents, Janis Turk Daniels and H. A. ‘Danny’ Daniels welcomed him on July 23, 1998. At the time of his birth, his father served as Seguin City Councilman.

The couple are also parents to one daughter, Carrie. His paternal grandparents, Mr. H.A. “Windy” Daniels and his wife, Maxie –owned Seguin Theatres Inc. The book Haunted Seguin traces the history of the theater family back to the 1890s. The family sold the theaters in the 90’s.

Daniels calls herself an Independent Travel Professional on her LinkedIn page. She holds a Bachelor of Arts, Journalism/ English, from the Texas Lutheran University –which she obtained in 1984. From 1989 until 1993 she attended Texas State University, where she gained her Master of Arts, English (Literature) with a minor in Women’s Studies.

Ms. Turk Daniels was a contributing writer for McMillen Publications and Louisiana Cookin.’ The freelance travel and lifestyle journalist, started her own business as a photographer, editor and travel consultant in 1995.